Bengaluru, Aug 20: It is not just for humans but even cattle will be provided with emergency treatment in Karnataka from now onwards.

While 108 the helpline number for humans, Karnataka has introduced emergency helpline number 1962 for seeking emergency treatment under its ambitious Pashu Sanjeevini programme, which was formally launched by Chief Minister B S Yediyurappa in front of Vidhana Soudha in Bengaluru on Thursday.

Launching the Pashu Sanjeevini programme in the State, the Chief Minister flagged off the ambulance and also garlanded a cow to signal to launch of the programme. 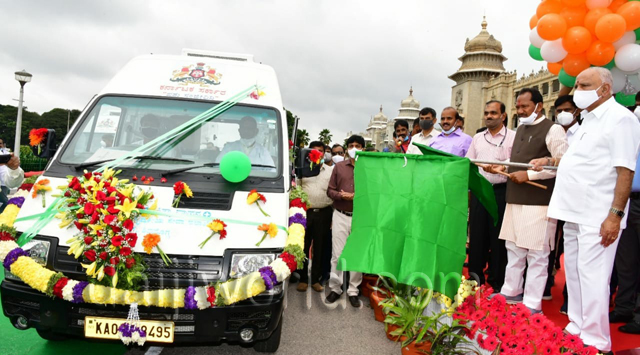 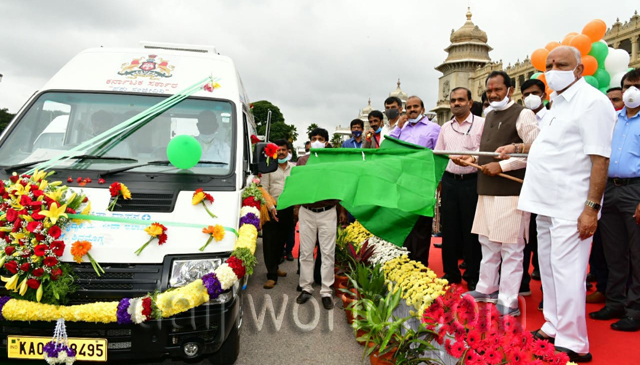 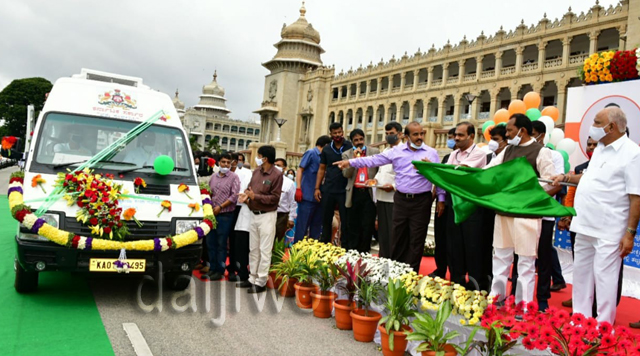 Yediyurappa said the State Government was committed to implementing anti-cow slaughter law strictly and would bring a suitable legislation soon. “We are determined to protect cows and its progeny,’’ he said.

If any health problem arises for cattle, the helpline number 1962 has to be dialed and a cattle ambulance with qualified veterinary personnel and equipment will rush and provide treatment at the doorstep of the cattle owners. The cattle will be shifted to veterinary hospitals if further treatment was found necessary.

In the first phase, the Pashu Sanjeevini programme is operational in 15 districts with 15 vehicles and the programme will be extended to other districts and more number of vehicles will be pressed into service, said Animal Husbandry Minister Prabhu Chauhan.

The Pashu Sanjeevini programme is part of the Government of India’s Rashtriya Gokul Mission for conserving and developing indigenous breeds in a scientific manner. It comprises the National Programme for Bovine Breeding (NPBB) and National Mission on Bovine Productivity (NMBP) of the Union Agriculture and Farmers Welfare Ministry.

The Chief Minister later released the annual performance report of the Transport Department under the title, ‘Saarige Mithra’, in the conference hall of the Vidhana Soudha.