New Delhi, Feb 29 (IANS): As novel coronavirus continues to spread across several countries, the epidemic's effect has been felt in India's travel, aviation and hospitality sectors.

However, there has been a new trend as people are considering travelling within the country, instead of going abroad in view of the spread of the deadly virus.

According to market experts, hotel occupancies in India have declined 10-15 per cent and cancellations have risen around the same magnitude in the past few weeks. 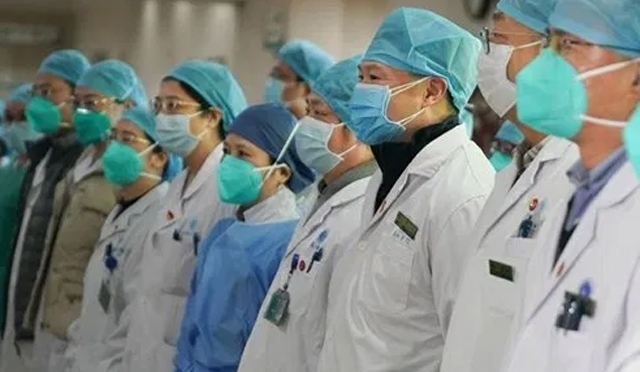 Sector players also said that the impact has been severe on the premium hotel segment while mid-range and affordable segments have so far not been affected.

"Business bookings in hotels are definitely down, both in business as well leisure sectors. Cities such as Bengaluru, Hyderabad, Pune and even Gurugram are facing the impact. Around 10-15 per cent dip (in occupancy) has been seen in the past few weeks," said Jaideep Dang, Managing Director of Hotels and Hospitality Group, JLL India.

He added that the impact on leisure trips has not been as pronounced so far, as that on business trips.

Dang said that although India does not get too many travellers from China, the major impact has been felt after the restrictions and guidelines were put in place for inbound travellers from Singapore, Hong Kong, Macau, Thailand, Vietnam and other South East Asian countries.

Dang also noted that as the summer season and vacation time near, people who had plans of visiting South East Asian countries or other such affected nations may decide to travel within India, which may in fact be a boon for the domestic hospitality sector.

"There will be substitution... but it is too early now. What will happen is that outbound travellers to Thailand, China, Singapore, Hong Kong, Macau, Taiwan, Bali, Cambodia and Vietnam may change their plans and travel within India," Dang said.

"Indian families normally don't travel now as it's examination time. They travel Easter onwards. So I think a lot of substitution may happen around that time," he added.

Sankalp Goel, Co-founder and CEO, Djubo, a hotel technology company, said: "The impact is much severe in premium hotel segment, where hotels are facing last-minute cancellations due to travel advisories or restricted visa access to travellers from South East Asian countries."

Talking of the impact on travel and aviation sectors, Sabina Chopra, COO, Corporate Travel, and Head, Industry Relations, Yatra.com, said that there has been a drop in booking enquiries and air fares to Asian destinations by 20-30 per cent.

She, however, said that people are considering trips within the country and to alternate destinations such as Sri Lanka and the UAE.

"Though we have witnessed a slow growth in future bookings to the affected countries, internationally, travellers are now opting for alternate destinations such as Sri Lanka, UAE, Bhutan, Doha, Dubai and Abu Dhabi. This has also prompted a growth in domestic trips and at Yatra.com, we have witnessed a surge in enquiries about domestic destinations such as Andaman & Nicobar, Goa, Ujjain and northeast cities, among others," Chopra said.

Aloke Bajpai, CEO and Co-founder, ixigo, said that air fares across international routes have declined by 30-35 per cent.

"This is actually a very good time for travellers to book their tickets in advance for summer vacation. We have seen 30-35 per cent drop in air fares across international routes as compared to the previous months," he said.

Bajpai added that with a drop in new coronavirus cases, the situation is now stabilising and and is expected to be under control by the summer break.

Suman Chowdhury, President (ratings) at Acuite Ratings and Research, was of the view that even if the intensity of the outbreak tapers down in the near term, there will be a severe impact on the international airlines and the hospitality sector in the current and the next quarter.

"While the impact on domestic travel is expected to be relatively less, it can be significant if the reported cases start increasing in India," Chowdhury said.

He added that the International Air Transport Association (IATA) has estimated that air travel demand will not only decline in the current calendar year, but may lead to loss of revenues of as much as $29 billion for the airline sector.