Udupi, Jun 22: Milagres English Medium organized a hour and a half Yoga session for over 400 students in the Tri Centenary Hall & School Hall on Friday, June 21 to mark 5th International Yoga Day. Kindergarten students too had a session separately.

It began with input session on the purpose and benefits of Yoga by P V Bhat, retired LIC manager presently Yoga teacher in Sanskrit College Udupi as the resource person. He conducted the sessions systematically. It began with several simple loosening and stretching exercises. Several standing postures and sitting postures gave the students the taste of our rich culture. Later students were led into the techniques of Pra?ayama, Yoga Nidra, Dhyana, Satsang and finally the traditional Suryanamaskara. 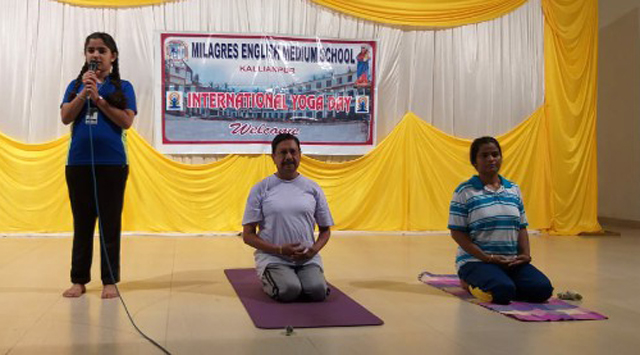 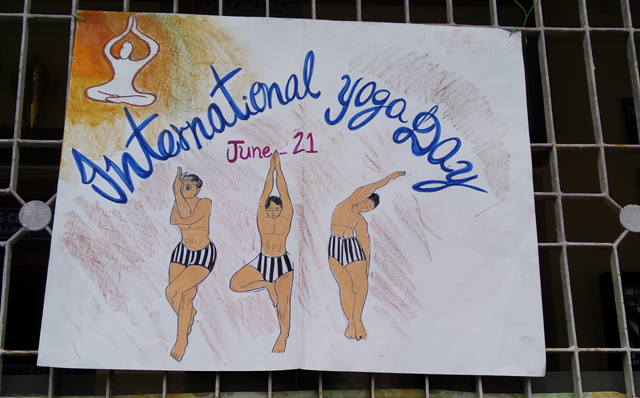 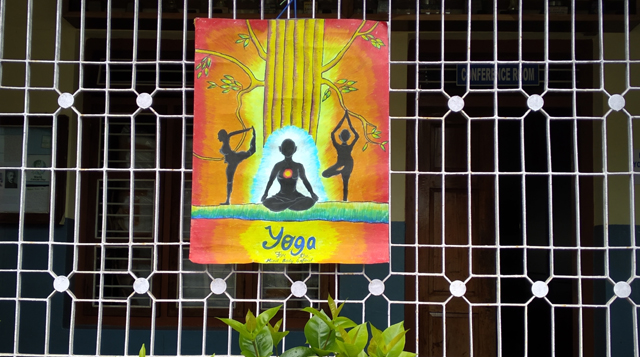 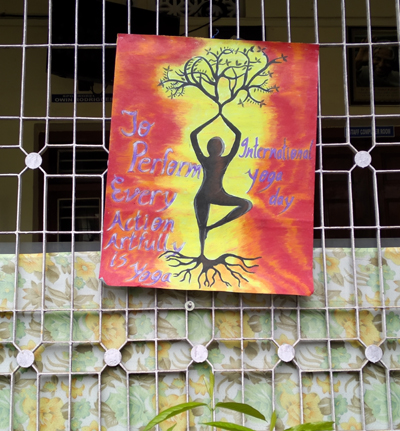 In his talk, P V Bhat said that the science of Yoga has its origin thousands of years ago, long before the first religion or belief systems were born. The seers and sages carried this powerful Yogic science to different parts of the world including Asia, the Middle East, northern Africa and South America. However, it was in India that the Yogic system found its fullest expression. Agastya, the Saptarishi, who travelled across the Indian subcontinent, crafted this culture around a core Yogic way of life. He stressed that Yoga deals with energy hidden within nature – Breath. It also involves movement of most muscles.

Fr Lancy Fernandes SJ, principal, Veera D’Silva, headmistress were present. In his message Fr Lancy thanked the resource person and the staff in-charge Pavana for systematically organizing the Yoga sessions. He said, “Yoga has the ability to change our perspectives of life. It promotes genuine and natural sense of feel good, renewed sense of health and wellbeing. Its healing approaches and principles represent the spirit of a broad holistic dimension to health and disease.” He reminded students to imbibe the practice of Yoga as it facilitates mind and body coordination, emotional calmness, intellectual clarity which is of utmost importance to students during their years of learning.

The staff too took part in the Yoga sessions. Shravya from VII std rendered the vote of thanks. Pavana Shetty, the Yoga trainer of the school along with other staff planned the logistics of the celebration.