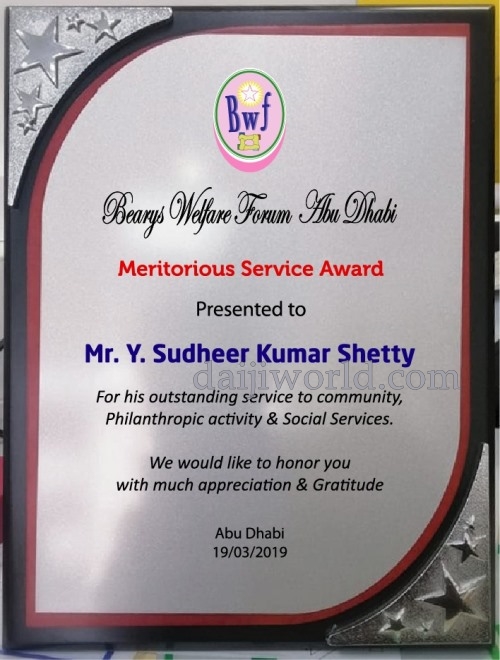 UAE Exchange had initially only four branches in the UAE. Shetty turned the entity into a global player. The company’s branches began mushrooming all over the UAE and very soon, the company witnessed unprecedented levels of growth. Today the firm has over 700 branches in 31 countries.

Shetty hails from Yenmakaje. A brilliant student, Sudhir Shetty secured first class both in PUC and degree (BCom), which helped him to enroll for chartered accountancy. In the year 1982, he completed his CA, and practised under the late V M Shetty & Co. After three year of articleship, he rendered his service as a lecturer in accountancy, costing and income tax at VAG’s place, Carstreet.

At the dint of his oratory elegance, he claimed a space for himself among the academic and professional gatherings around the world including World Bank, United Nations HQ, USA and more. NRI of the Year 2014, Excellence in Finance from ICAI Abu Dhabi Chapter and Jeevaragam Global Personality 2012 are some among the awards that adorn his personage.