Bengaluru: Actor and former minister Ambareesh passes away at 66

"Ambareesh died at around 10.15 p.m. after a massive cardiac arrest (heart attack) a couple of hours after he was brought to our hospital in the evening due to breathing (respiratory) problem," the doctor told IANS from Vikram Hospital in the city centre.

The super star of the sandalwood industry is survived by his widow and multi-lingual actress Sumalatha and son Abhishek. 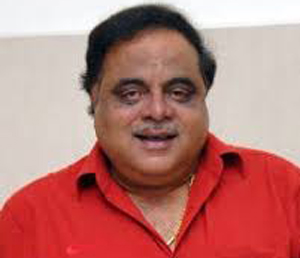 In a statement on early Sunday, the hospital, however, said, Ambareesh was found unresponsive at his residence (in the city's southern suburb) and resuscitation efforts were initiated at his home and continued en-route to the hospital.

"Despite all aggressive resuscitation efforts, Amabreesh could not be revived and is declared deceased at 22.15 on 24.11.2018," added the statement.

As the shocking news of Ambareesh death was flashed on local news channels and went viral on social media, hundreds of his frenzied fans thronged the hospital, wailing for the sudden loss of their legendary hero.

"With a heavy heart, visited the hospital and met the grieving family members of my dear friend rebel star #Ambareesh," tweeted Kumaraswamy.

In consultation with the family, the chief minister has directed the officials concerned to make arrangements for the public and fans to pay their last respects to Ambareesh at Kanteerva Stadium opposite Cubbon Park in the city centre from 8 a.m. onwards.

"#Ambareesh was a rebel who was loved by all. He carved a unique place in both politics and films. He leaves back a legacy that will be cherished by his family, friends, fans and followers. May his soul rest in peace and his family get strength to bear this loss," said the chief minister in another tweet.

Kumaraswamy also assured the fans to arrange special buses from Ambareesh's home district (Mandya) to allow them travel to Bengaluru for paying homage to him.

"I request Ambareesh fans and people to maintain peace, prevent any untoward incident over his death and pay homage to the departed soul peacefully," added Kumaraswamy through a tweet.

In a statement after midnight, the chief minister's office said last rites of Ambareesh body would be performed on Monday near Rajkumar Smaraka at Kanteerava Studio in the city's northwest suburb with state honours, as decided in consultation with his family members.

Ambareesh was former cabinet minister in the previous Congress government from May 2013 to June 2016 when then Chief Minister Siddaramaiah sacked him along with 13 other ministers in a major reshuffle of his ministry.

He was Union Minister of State for Information and Broadcasting in the first UPA government and a Parliament member from Mandya Lok Sabha constituency, about 100km from here.

Besides winning many state government awards and Filmfare awards during his acting career, Ambareesh was honoured with the honourary doctorate from the Dharwad university in 2013.

Ambareesh was also a member of the state legislature, representing Mandya and Srirangapatna assembly segments as a Congress and Janata Dal-Secular (JD-S) leader.

Though the Congress leadership wanted Ambareesh to contest in the May 12 assembly elections, he declined on health grounds, saying he would not be able to do justice to the people as their public representative.

Mourning Ambareesh, Siddaramaiah tweeted that the rebel star was not only a great actor and a proven politician, but also a great human being. "You will be missed," he said.

Ambareesh entered filmdom through the role of 'Jaleel' in veteran director Puttanna Kanagal's 'Naagarahaavu' in 1972.

Title: Bengaluru: Actor and former minister Ambareesh passes away at 66