Puttur, Aug 23: Some young people, comprising both Hindus and Muslims, had arrived near Renja auto rickshaw shelter, having been invited by a person to take part in Bakrid festivities in his house on Tuesday August 22. They were stopped by a gang which derided them and restrained them from going to the house of their host, it is said.

Police personnel of rural station here, who were on patrol duty, got information at around 3.15 pm that some people were obstructing a group of people who had come there on an invitation from a local to take part in Bakrid festival. The policemen went there and saw that nearly ten people had surrounded five boys and five girls and raising a din in the area. One of the youth, who was assaulted by the mob, was clutching his chest and wailing. He was immediately sent by the police to a hospital for treatment. 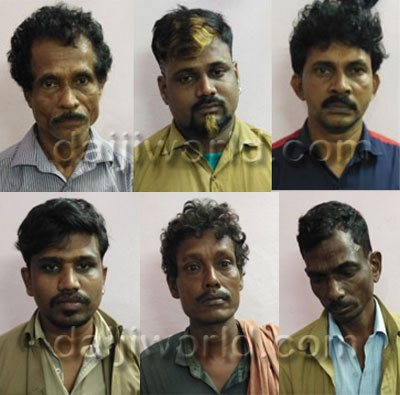 They also collected information that Abdul Shamir from Nidpally Keremaru had invited his colleagues for lunch on account of Bakrid to his home and that they had come here from Mangaluru. The group of guests was accosted by an auto rickshaw driver identified as Rukma, who then is said to have scolded the Muslims among them for escorting Hindu girls to their homes and shielding their own women from going out. Soon a crowd of people formed, and several among them reportedly hurled abuses at the girls among the guests and tried to create tension on religious lines.

The guests thereafter returned after participating in Bakrid. The police said that Hindu leaders from the village condemned the attitude of the obstructers and extended support to the police during the operation.