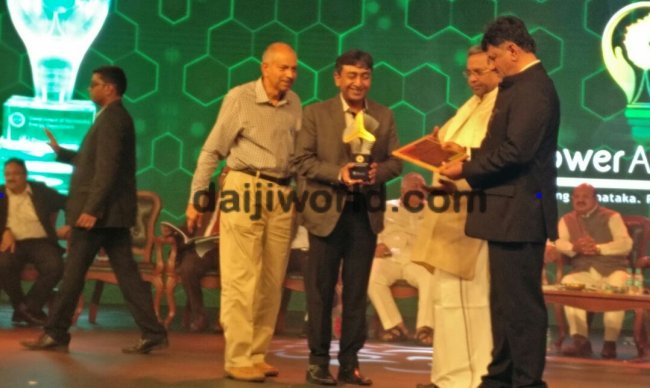 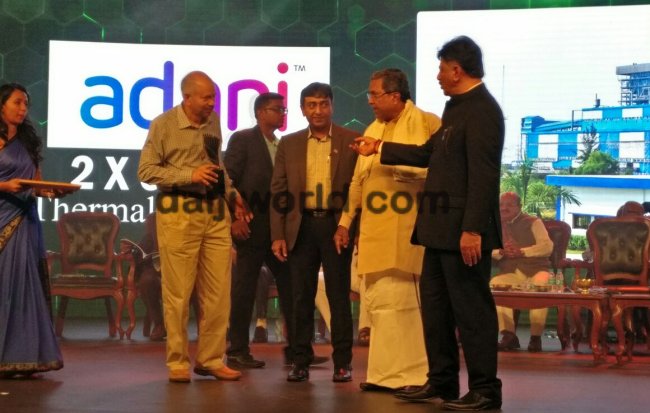 Congratulating Adani UPCL, D K Shivakumar, appreciated the contributions by UPCL, meeting almost 12% of total power requirement of  Karnataka. He reiterated the State Government’s commitment towards thermal projects, and expansion projects of existing power plants like UPCL, and promised the government’s support in the expansion of these projects.

Informing the vision of Karnataka, with 18000 MW, he said that the state would be self-sufficient in meeting the power requirement. He welcomed UPCL’s contribution to the state of 2,400 MW with the existing plant and the expansion project. He also informed that the availability of existing infrastructure was also facilitating UPCL's expansion.

Receiving the Power Awards 2017, Vneet Jaain expressed happiness and thanked the Karnataka government for recognising the contribution of Adani UPCL in the field of energy in the state.  He informed, "UPCL is continuously supplying power to the state and meeting major requirements even during peak load periods. The contribution of UPCL to the state will increase with the expansion of the project from 1,200 MW to 2,400 MW. The UPCL, under its CSR programme, is also executing many village development activities in the surrounding villages in a broader manner and has created history in the field of CSR activities." He also thanked the villagers, grama panchayat leaders, and local leaders for their support towards the UPCL project.

Kishore Alva, joint president of Adani UPCL, also thanked Karnataka government for selecting UPCL for the Power Awards and appreciated the support extend by the locals in making the UPCL plant a model power plant.