Marriage of trees believed to be auspicious evokes curiosity, interest

Kundapur, Apr 28: This is the season of marriages and other auspicious functions. But a marriage function organized at Kandlur near here proved to be unique. Because, the groom and the bride here were trees, not humans.

An environment of celebration was witnessed at Kattinagundi in Kandlur in the taluk on Wednesday April 27. The marriage pandal set up there was decorated with banana trees, green festoons, and different flowers. Centre of attraction of this pandal was the peepal tree located at its centre. The occasion was the thread ceremony (Upanayanam/Brahmopadesam) and marriage of peepal tree. It was arranged by family members of Mullugudde House at Kandlur. 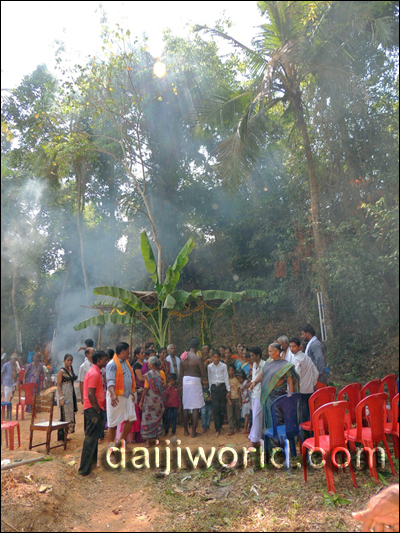 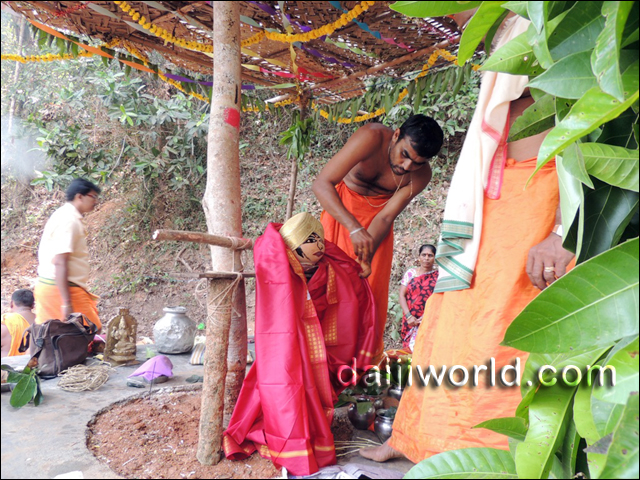 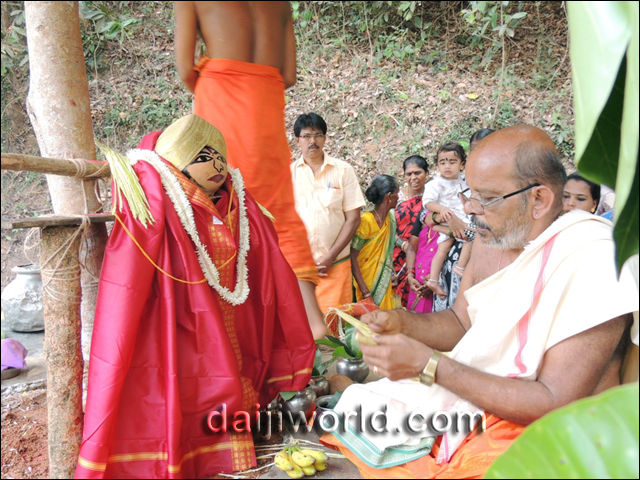 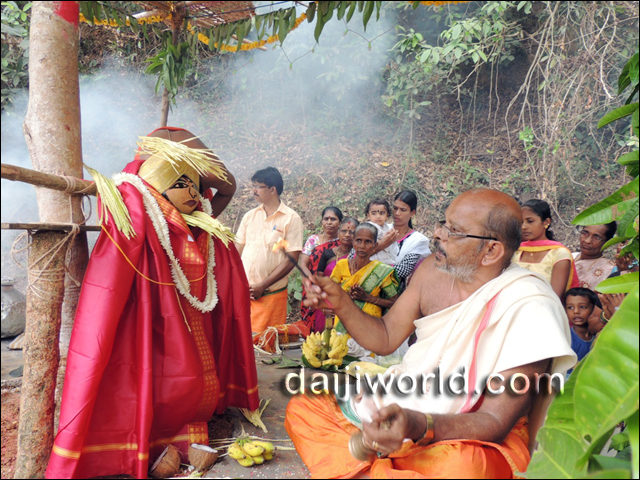 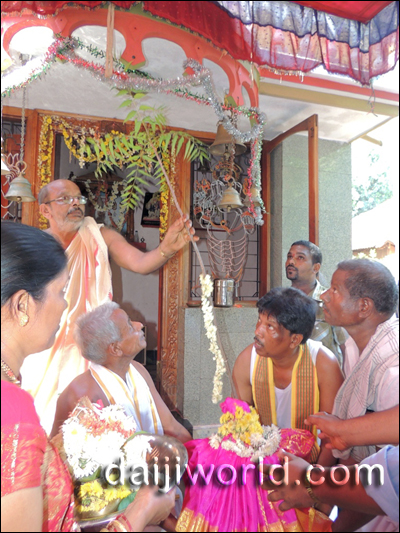 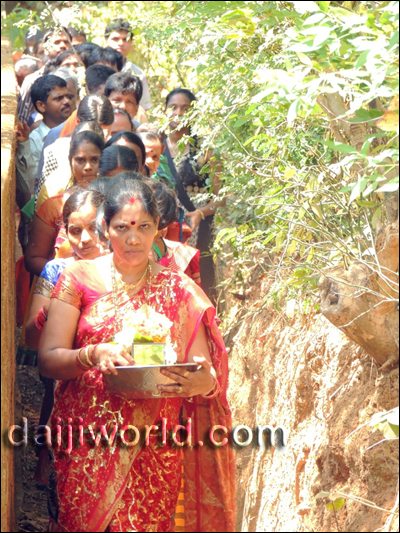 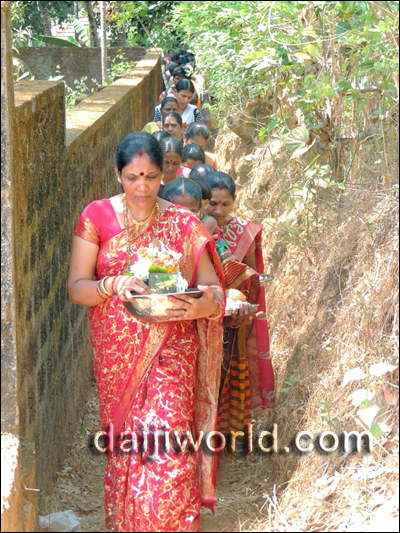 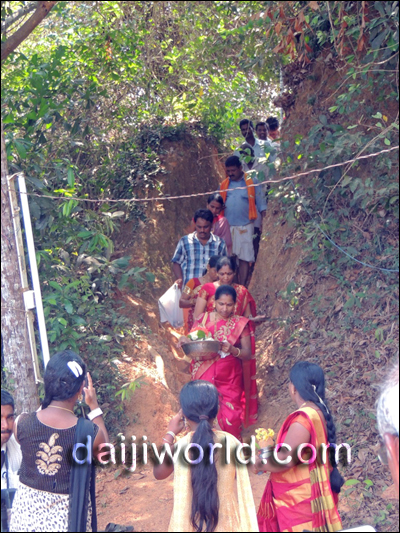 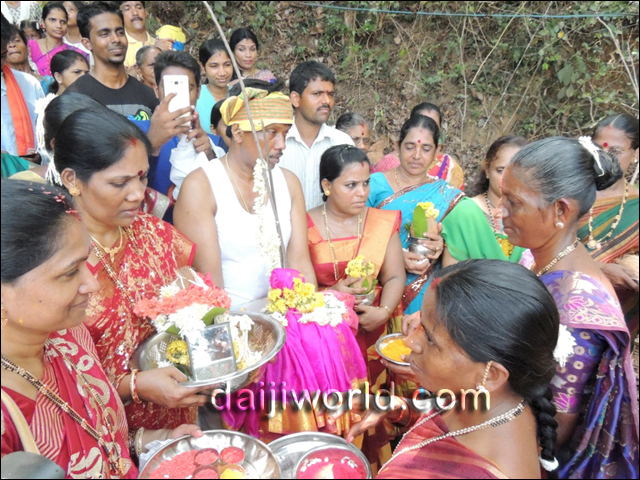 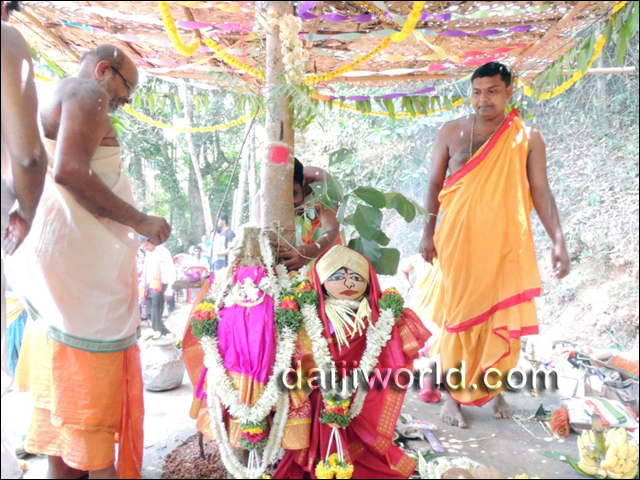 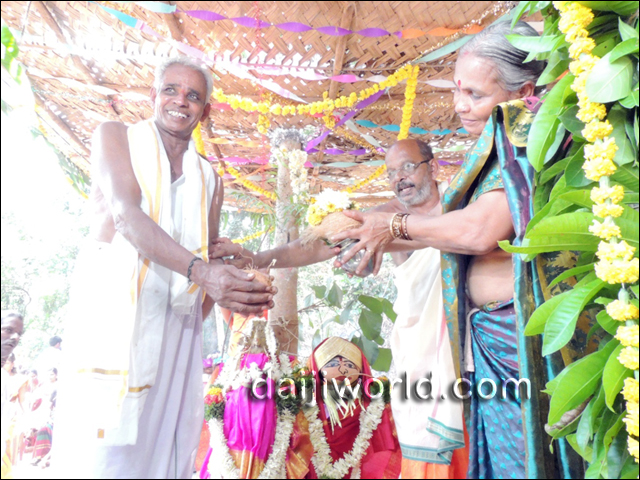 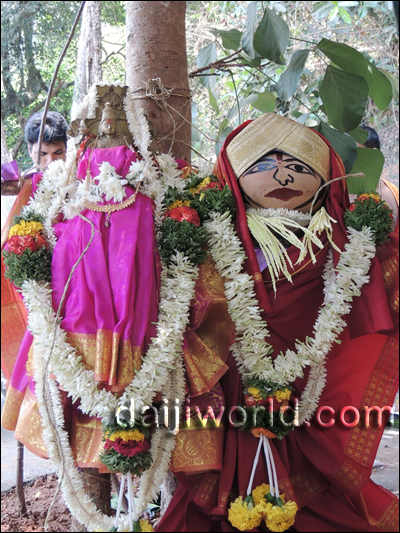 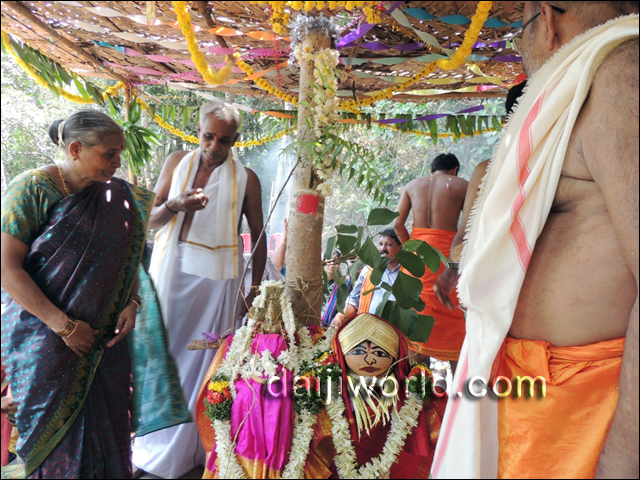 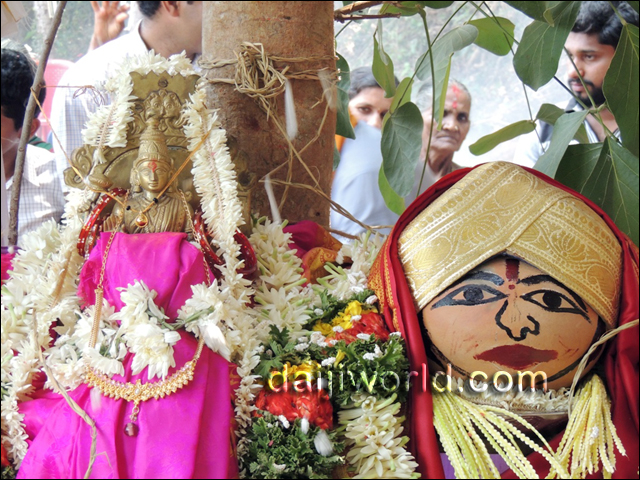 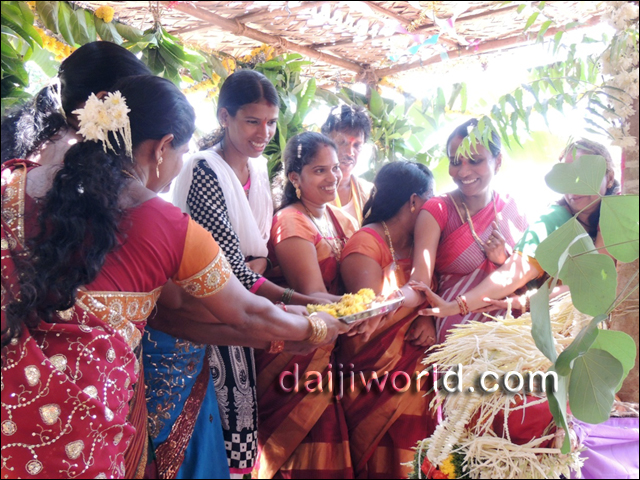 As per Hindu scriptures, peepal tree, also known as sacred fig tree, has a place of prominence and reverence. In the morning, Pratishta Puja, Pratishta Homa, Navagruha Puuja, Navagraha Dana, Brahmopadesam, ritual of Bhiksha etc were performed. Thereafter, the peepal tree was decorated and a royal headgear was placed on it to resemble the groom. From the house of the bride, a neem plant, which was the bride of the day, was brought to the venue by a crowd of women holding auspicious items including mirror, flowers, holy pitcher, vermilion, etc, followed by men of the family. This impressive procession was provided accompaniment by saxophone and other instruments. After the 'bride' offered puja at Lord Rama temple and reached the venue of the marriage, she was planted by the side of the peepal tree and decked up with more items. A rose colour sari was draped around the plant, golden chains were placed around its imaginary neck, bangles were placed around the wrists, and both the bride and groom were garlanded.

On behalf of the bride, family members offered her to the groom through libation. Backed by the loud playing of musical instruments, Mangalya was placed around the bride's neck, after which married women offered Arati to the couple, duly singing customary songs. Family members of Mullugudde House, villagers, and hundreds of others were witness to this solemn occasion.

The Mullugudde House lineage at Kandlur has a history of hundreds of years. A peepal plant had sprouted by the side of the Tulasi plant at this house in the platform meant for Tulasi plant. As per religious diktat, peepal plants so born have to be planted elsewhere, and their marriages are to be conducted after they bear over a thousand leaves, which takes about three years to form. About 20 years ago, one of the members of this Mullugudde House family, Anand B Chandan, had planted peepal plant at Kattinagudi near River Kubja. Thereafter, the family could not perform its marriage due to various reasons. In the recent past, seven splinter families of this lineage came together, and decided to conduct Brahmopadesam and marriage of the tree on Wednesday. Balkur Makkimane Venkataramana and others guided religious procedures connected with this marriage.

It is believed that sacred fig tree happens to be the abode of the three gods who are entrusted with cosmic functions of creation, maintenance and destruction, and as such, peepal is considered to be the most revered among the trees. It is believed that conducting of marriage between these two trees proves to be auspicious for the family concerned and scientifically too some say that wind blowing from these two trees is good for health. Anad B Chandan and family took over the role of the groom's side whereas Subbu Mogaveera and family performed rituals meant for bride's side during the function.