Puttur, Aug 14: The Hindu workers stopped a couple belonging to different communities, natives of Gadag, at Kapina Bagilu, when they were proceeding to Subramanya as they did not get lodging in Dharmasthala.

Rafiq (26), a native of Gadag had come to Sri Kshethra Dharmasthala along with his 28-year-old girl friend, taken darshan of Lord Manjunatha and was about to get into the lodge. However, the lodge manager denied giving them accommodation as the name and religion did not match. Later, Rafiq and his girlfriend tried to get a room in private lodges in Dharmasthala but did not get any.

The couple was about to move to Subramanya, when a Hindu organization workers received the information, stopped them at Kapinabagilu and handed them over to Uppinangady police. 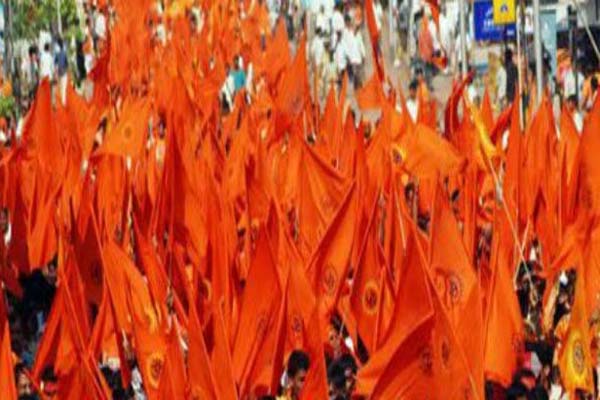 Police contacted the family members of the girl and handed over her to them and left Rafiq with warning.