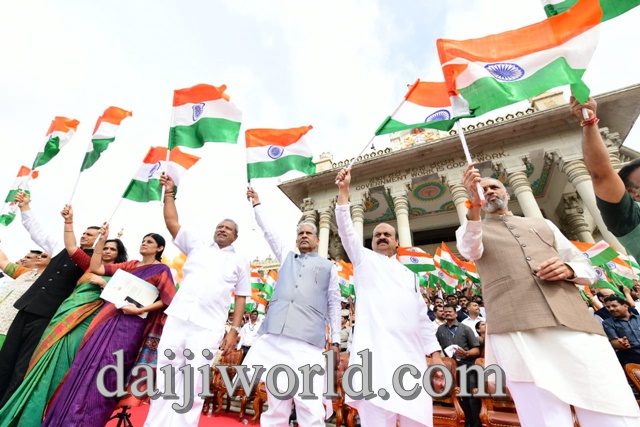 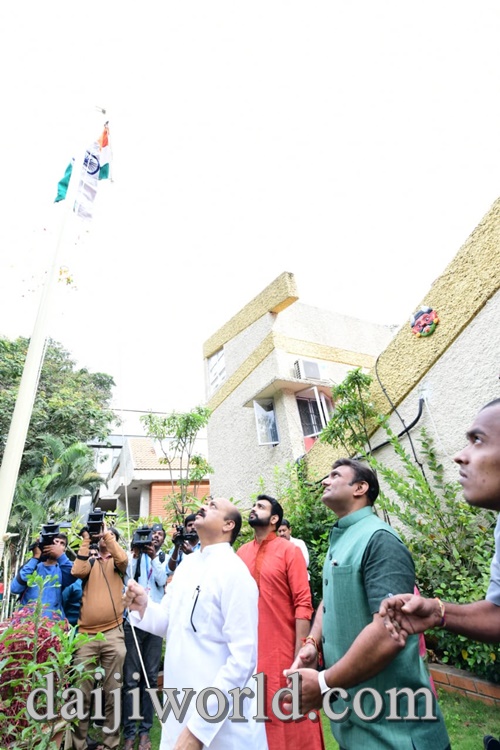 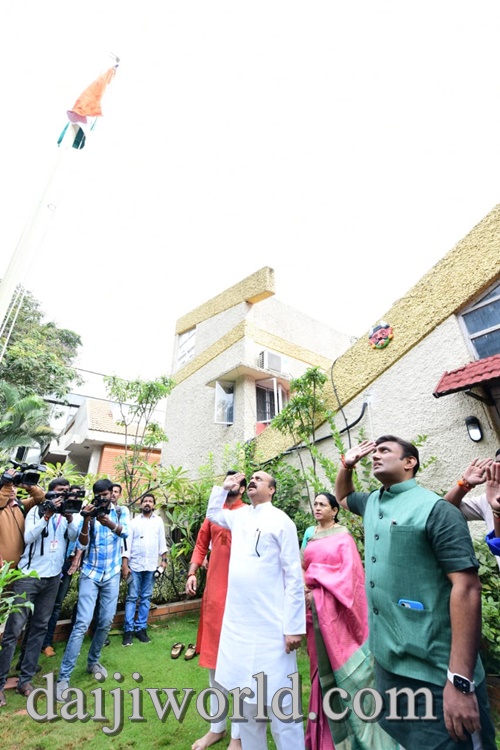 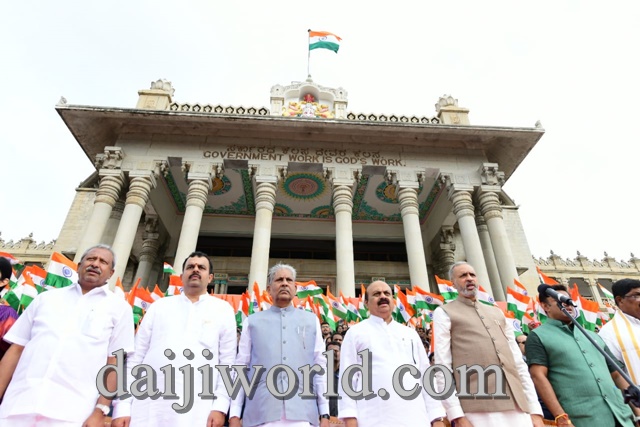 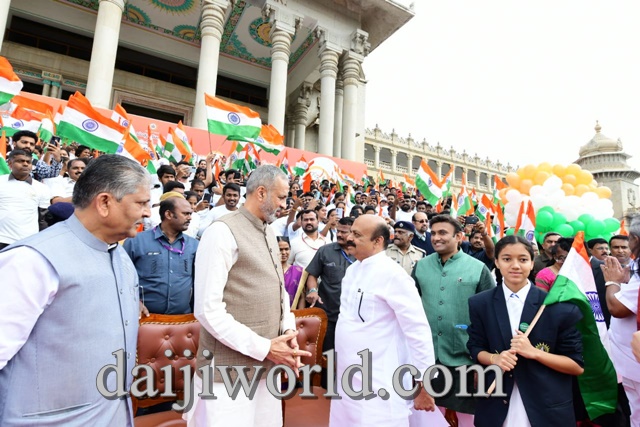 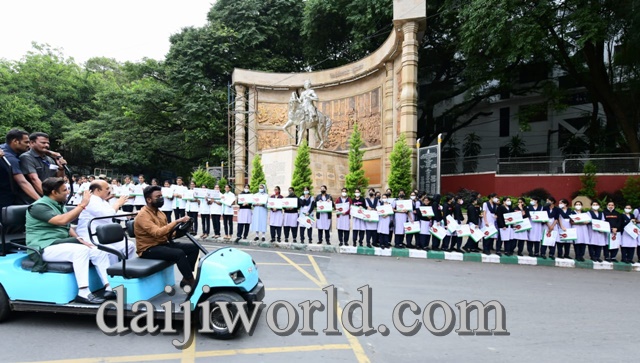 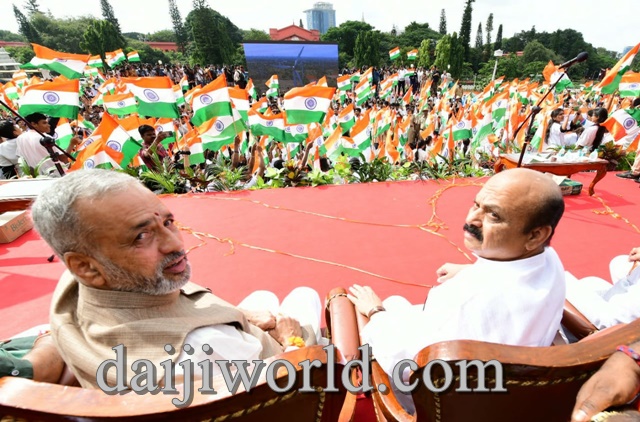 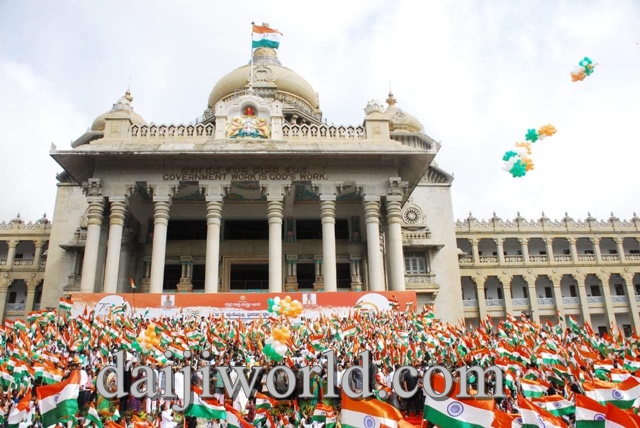 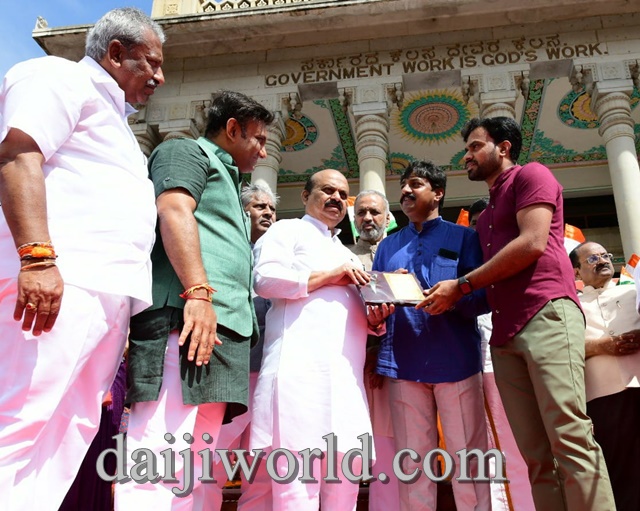 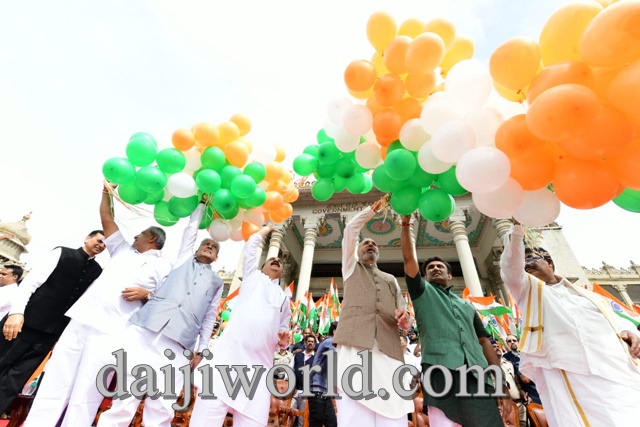 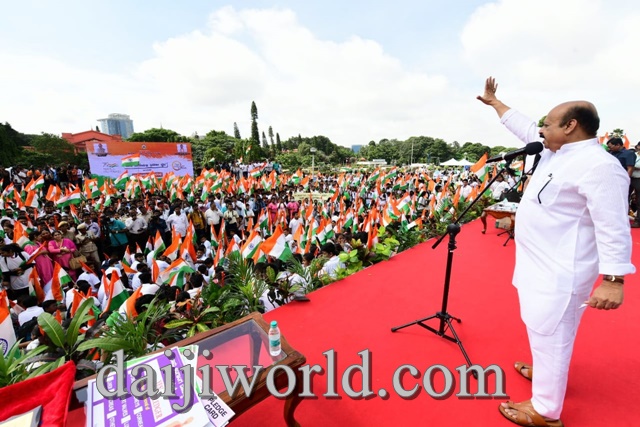 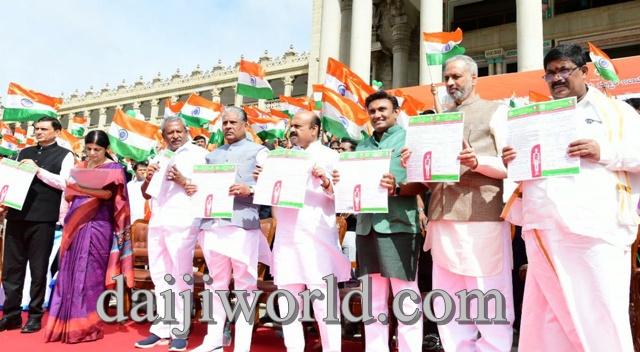 Later, the Chief Minister launched the Tiranga drive on the steps of Vidhana Soudha as part of the Kannada and Culture Department’s Har Ghar Tiranga function.

Speaking at the function, the Chief Minister called upon the youth to come forward to build a strong and glorious India. ‘Country first, we come later, should be the motto’, he said urging all to eschew narrow and selfish interests to serve the country.

Bommai mentioned that people were prepared to suffer and even die for the country during the freedom struggle. It is now the duty of all citizens to work unitedly for the country’s unity, he said and vowed to work for contributing US $ 1 trillion from Karnataka in Prime Minister Narendra Modi’s goal of building a UA $ 5 trillion economy.