Mangaluru/Udupi, Aug 9: People of twin districts were concerned at the beginning of this year’s monsoon as the rains started quite late. However, the rains that lashed in the first week of July took everyone by surprise.

Sea erosion, flooded rivers, artificial floods, loss of life and property were reported extensively. The rain which subsided after the first week of July started pounding again in the end of the month and created landslides, floods again. If it continues to lash the districts even in the first week of August. The downpour which was very heavy in the Western Ghat plateau caused severe landslides. 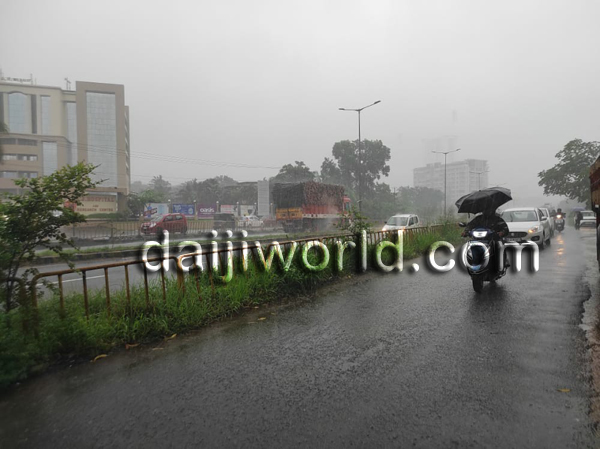 According to the statistics provided by Karnataka Natural Disaster Monitoring Centre, Dakshina Kannada receives 123.2 cm of rain in the month of July usually. However, this year it received 167.1 cm. This means there was an increase of 36%.

Though rain has been lashing for the past few days in the twin districts it is not because of advancing monsoon. It was because of the pre-clouds. So the rain has occurred in different patterns in different areas either retreating monsoon or advancing monsoon being the reasons. Clouds during day time, drizzle, good rains in the evening and nights are the symptoms of this kind of rain. Moreover, the ghat plateau has received more rain than the coastal region. Weather experts say that advancing monsoon clouds will intensify further in August which may bring in more rain.