Bengaluru, Aug 9: Celebrating the Quit India Movement’s 80th anniversary at the State Congress Office in Bengaluru, Karnataka Pradesh Congress Committee Chief D K Shivakumar took potshots at the ruling BJP and said the BJP should be ashamed for selling national flags while the Congress party has taken upon itself distribution of 1.5 lakh national flags, caps and T-shirts free of cost.

He said the Chief Minister should ensure that all citizens are distributed national flag free of cost. “National flag is a symbol of country’s self-respect, unity and honour. It is not a commodity for sale. The ruling party is insulting National Tricolour and Freedom Fighter,’” he said.

“It is a great opportunity for Congressmen as we got the rare privilege of celebrating the Amrit Mahotsav of our leader Siddaramaiah and the nation’s Independence Day,’’ he said urging all partymen to participate in the Freedom March organised by the State Congress on August 15. 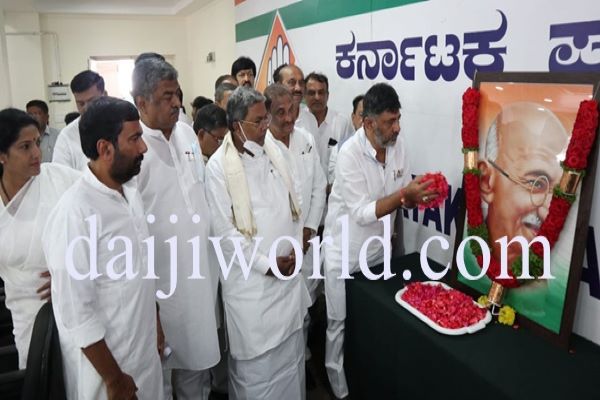 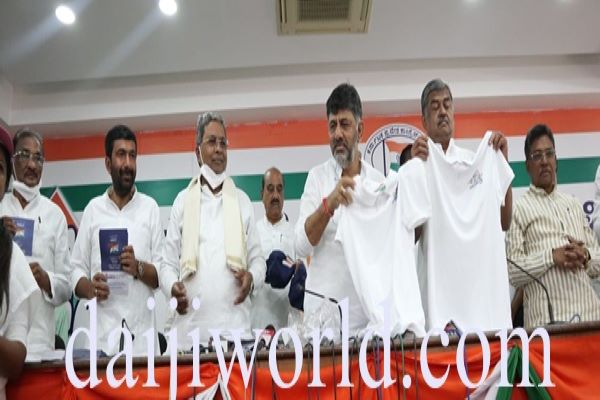 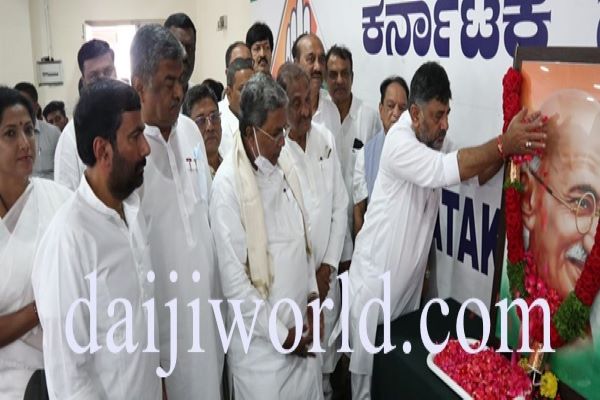 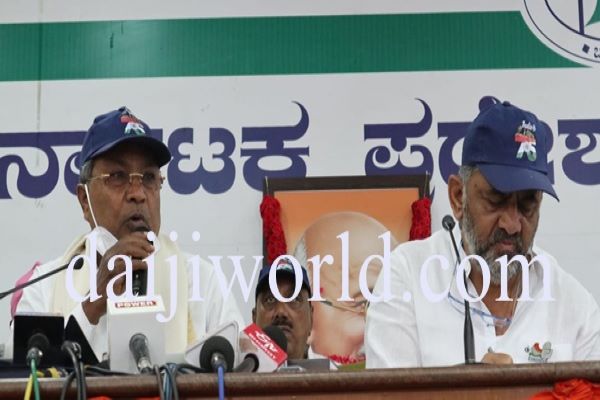 Shivakumar said that all citizens must celebrate Independence Day with family and friends because we do not know whether we will be there for the Centenary celebrations.

The KPCC Chief said the people are struggling and are disappointed with the non-performing Bommai government. “People want a change and it is the duty of Congress people to respond to the plight of people. We must make use of the disenchantment of the people and throw out the corrupt government,” he said.

Congress opposition leader in the assembly Siddaramaiah and his Council counterpart B K Hariprasad, former minister K J George, KPCC Working President Saleem Ahmed and others participated in the programme.