Shah spent about 20 minutes on the temple premises and offered a special puja. Before leaving the temple, Shah signed the visitors book maintained by his family priest. 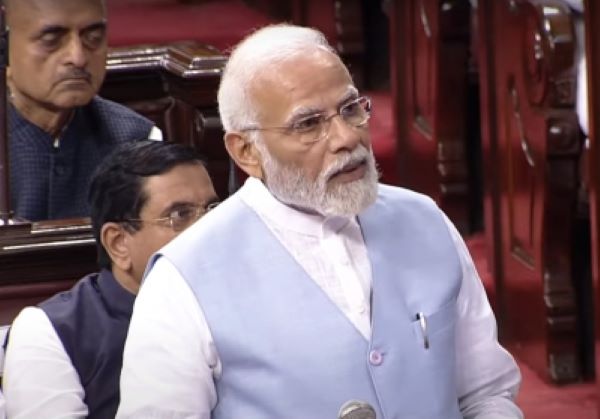 "I am very happy to have darshan of Mahadev in the famous Lingaraj temple in Bhubaneswar during the holy month of Shrawan. The temple is a historical place of Indian culture, on which every rock is a wonderful miracle of ancient Indian craftsmanship," tweeted Shah.

He will also attend a function, marking the 75th anniversary of an Odia daily newspaper at Indoor Stadium in Cuttack.

Later, the union home minister is scheduled to visit the Odisha BJP office in Bhubaneswar, where he will meet senior party leaders. In the evening, he will attend a book reading of Modi@20 at Mayfair hotel here before flying back to Delhi.

Shah arrived in Bhubaneswar last night at around 1.30 a.m. to a warm reception by BJP party leaders and workers. Despite delay in his scheduled arrival, a large number of BJP workers throng to the airport to welcome their leader.

Meanwhile, MP Aparajita Sarangi alleged violation of protocols by the Odisha government during Shah's visit to the state. "MoS (home) Tusharkanti Behera was not there when the union home minister arrived in Odisha. Why was the DGP not there to welcome Shah?" asked Sarangi.

Only the special secretary, home, was there to receive him. Under which circumstances, the home secretary has not come to the airport, she further asked.

The BJP leader said: "Despite Odisha being a non-NDA ruled state, the union government has remained impartial to Odisha and always stands with the state."

Tight security arrangements have been made in twin cities of Bhubaneswar and Cuttack for Shah's visit.