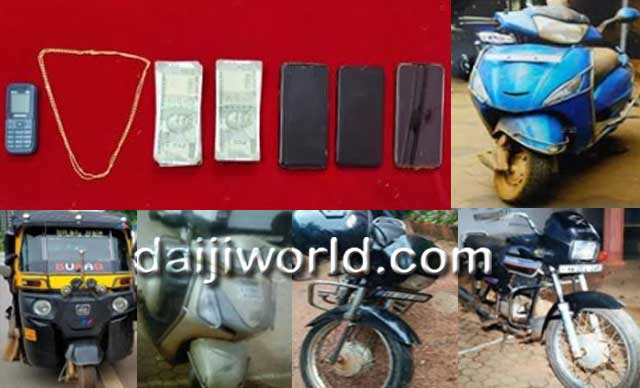 All the three accused were involved in a series of theft cases. They were involved in a chain snatching of an old woman at a house in Nandikooru near UPCL under the Kapu Circle. They had stolen Rs 2.52 lac in cash from a house on Uchila Paniyooru road and stolen parked two-wheelers from Padubidri, Uchila and Katapadi.

The police recovered gold chains, mobile handset, Rs 61,000 in cash and three stolen two-wheelers besides an auto rickshaw, a motorcycle and other valuables.