Roopesh, who hails from Uppala, has acted in Kannada movies like Danger Zone, Anushka, Smile Please, and Nishabda-2, and also in several Tulu movies. In addition, he has directed the Tulu film ‘Girgit’. 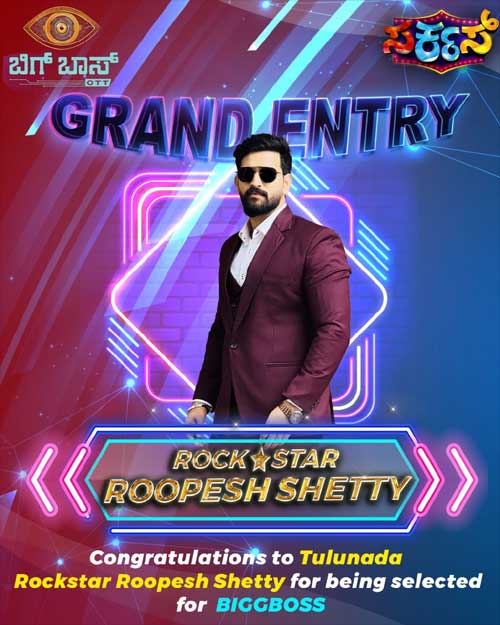 For the first time, Viacom18 is set to launch the first-ever OTT season of Bigg Boss Kannada on Voot.