Kundapur: Fishermen protest govt apathy in the face of huge losses due to natural disaster

Kundapur, Aug 5: “Even though the fishermen incurred huge losses due to natural disasters, neither the officials nor elected representatives visited the spots. The government and the officials have been neglecting fishermen every time. Is there no value for our lives?,” questioned leader of fishermen's association Madankumar Uppunda.

He was speaking at the protests held in front of Byndoor taluk office on August 4th by fishermen at Uppunda condemning the officers, elected representatives and government which they said ignored them when they faced natural disaster like water explosion at Shirur on August 2.

“Though fishermen are identified individually in various organizations they unite when faced with issues. Nobody should test our patience. Besides fishermen, thousands of people depend on fishing in the district. More than 40 fishing boats and fishermen’s goods are destroyed and more than Rs 3 crore loss has been incurred. Despite the calamity, none among the assistant director, deputy commissioner, sub divisional officer, MLA, MP or ministers visited and pacified us,” he said. 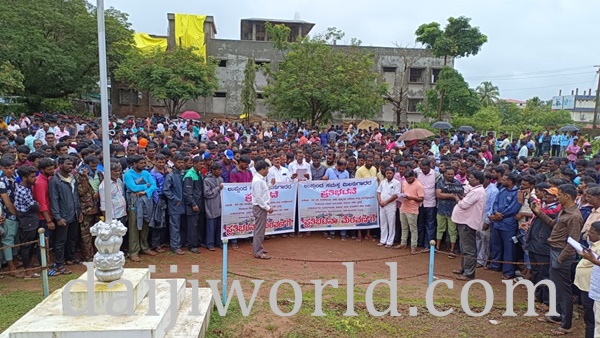 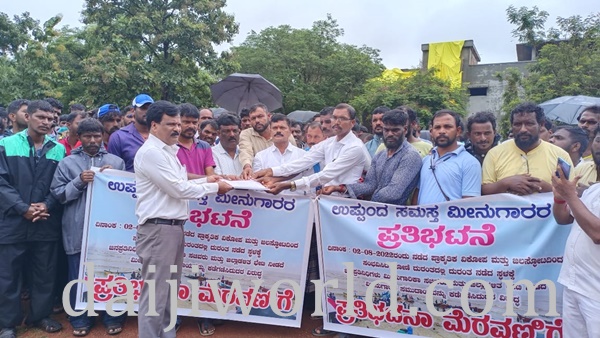 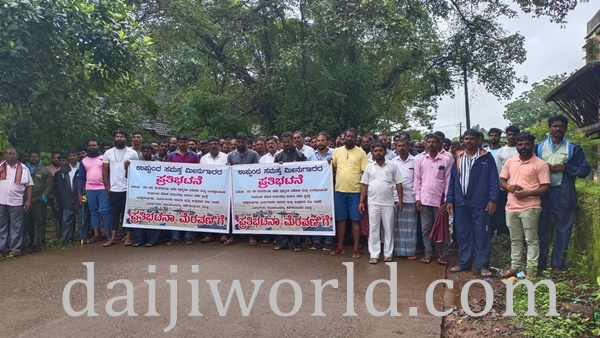 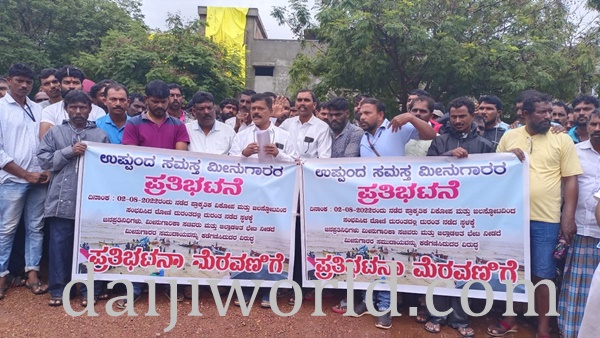 Another leader Venkatarama Kharvi said that the issues of fishermen have become cries in the forest. “The officials hold meetings of elected representatives every time during such disasters and wash their hands paying petty compensations. The chief minister who came to Bhatkal did not visit us. It is not right to consider fishermen so lightly,” he retorted.

A memorandum was submitted to the deputy commissioner through the tahsildar. The tahsildar assured them of paying as much compensation as possible from the revenue department.

Fishermen leaders Jagannath Kharvi, Kumar Kharvi, Thimmappa Kharvi, Nagesh Kharvi, Nagaraj Kharvi and more than one and a half thousand fishermen took part in the protests.

Title: Kundapur: Fishermen protest govt apathy in the face of huge losses due to natural disaster