Udupi, Aug 5: The price of fish in the local market has skyrocketed as the mechanised boats have not yet ventured into deep sea fishing. In addition to rise in prices, non-availability of fresh and most sought after varieties of fish has dampened the spirits of pescatarians.

A green signal was given for deep sea fishing to start from August 1. However, purse seine boats have not taken to the sea since it has turned violent because of heavy rains and winds. Even country boats are also not getting into the sea. So the rates of fishes have shot up. 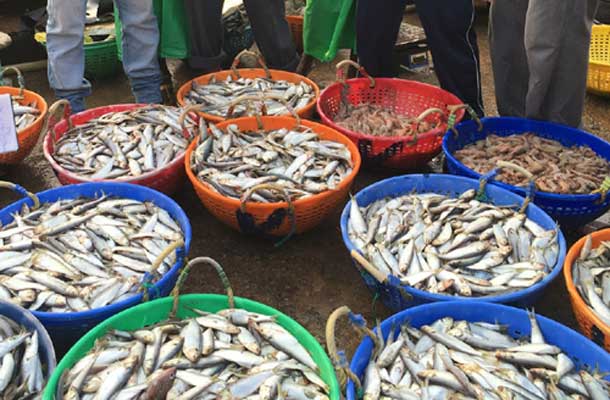 Fisherwomen say that the rates of fish have been in the higher range for the past two months. The number of consumers is also less. They are unable to sell the fish, even if they sit the whole day in the market.

Roohi and Katla fishes, which are grown in ponds, are also arriving at the market but their price has just doubled.

The price for fish caught by using angle is also quoted at Rs 700 to 1000. Though there is a demand for king fish and pomfret, the fish of this variety are not available. Fish from outstation districts are also entering the local market.