The mastermind of the racket has been identified as "Captain" Sameer Singh, who used a fake letter from the Ministry of Defence, indicating that INS Kunjali in Colaba was the recruitment and workplace. 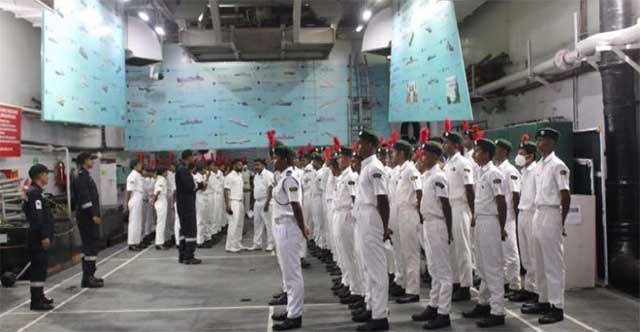 Hailing from Ambernath in Thane, the accused used to collect money from poor and gullible applicants as fees, issued fake identity cards, provided the uniforms and other necessary 'paper work' in the scam for the promised employment.

Following a tip-off, a Naval Police team swooped at Singh's residence in Ambernath on Tuesday and conducted a preliminary probe and confirmed the murky goings-on.

They later approached the Shivajinagar Police Station and lodged a formal police complaint seeking a full-fledged probe, and arrest of the impersonator for cheating people.

According to official sources, they were alerted by a retired naval officer on the fraudulent jobs-for-money racket and they in turn informed the Naval Police which swung into action early this week.

The sources have also learnt of similar job rackets being carried out in the name of the 'Agniveer' scheme by unscrupulous persons who are cheating the unemployed youth.

Details of the antecedents of the accused, how many persons he has duped, the amounts collected and swindled, his probable associates and other angles are being probed, said police.