Mumbai, Aug 2 (IANS): Maharashtra Opposition Leader Ajit Pawar on Tuesday slammed the government of Chief Minister Eknath Shinde and Deputy Chief Minister Devendra Fadnavis for the delays in cabinet expansion which has severely paralysed the administration and hit relief work for the victims in flood-hit regions.

Speaking to mediapersons after a 4-day tour of the flood-ravaged districts, Pawar slammed the Shiv Sena breakaway faction leader Shinde and Bharatiya Janata Party's Fadnavis for neglecting the plight of farmers affected by the recent spell of heavy rains and floods in Marathwada, Vidarbha and others parts of the state. 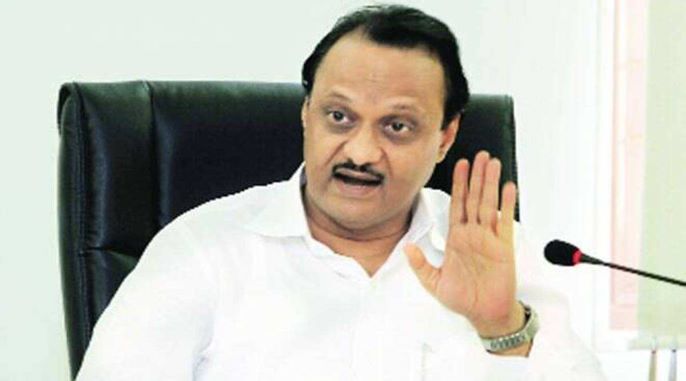 He accused the Chief Minister of remaining busy attending his felicitation functions while the state suffered on account of delay in the cabinet even 34 days after he was sworn-in on June 30.

"The two-man government (Shinde-Fadnavis) holds marathon meetings without allocating portfolios to other ministers in the cabinet hall with 43 chairs (of ministers) with the chairs looking at them and asking when they will get their occupants," said Pawar in a swipe at the ruling duo.

He called upon Shinde to attend to the crucial administration rather than going around attending his felicitations and reach out help to the flood-hit farmers and villagers, expand the cabinet and convene the long-delayed monsoon session of the Maharashtra Legislature.

Pawar said that the absence of a cabinet for a prolonged period has hampered coordination of various departments, impacted the recording of 'panchnamas' for the damages suffered by the peasantry and to provide them with other relief and rehab measures.

"Suicides are again increasing in the areas hit by the agro-crises and the government must immediately declare a 'wet-drought' to provide urgent assistance to the victims," he demanded.

Referring to the monsoon session of the legislature, he said it was scheduled for July 18, then postponed and was expected from July 25 and again delayed and it failed to take place even on August 1.

"The monsoon session must be immediately convened to enable a discussion of the major issues confronting the state, the need for a comprehensive financial relief package, and other burning problems," Pawar said.

He has even shot off a detailed letter to Shinde-Fadnavis seeking declaration of a 'wet-drought' with a list of demands for assistance to the farmers, affected villagers, students, repairs to the damaged roads, power lines, mobile towers and other infrastructure in the flood affected areas.