Speaking on “Semiconductor Industry Connect 2022: Roadmap for 2025- Semiconductor Ecosystem in Karnataka,” in an event organised by IESA, he claimed that the reforms brought out by the government were forward-looking.

“Previously, investors had to depend on KIADB to get land. But now that is not the case. Investors can directly buy the land at a cheaper cost. As an enabler and facilitator government will provide utilities and issue orders even before approval,” he explained. 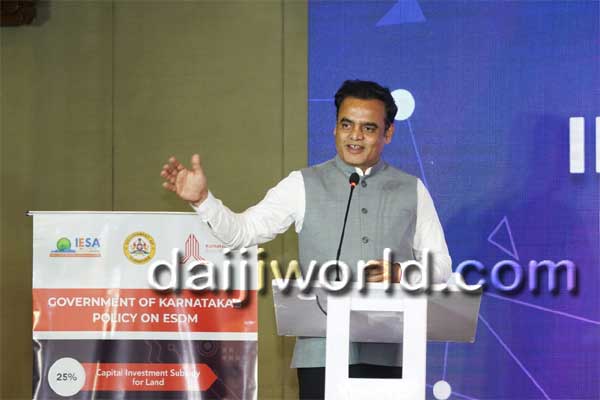 “The government has brought many reforms in many aspects. Investors are also allowed to generate power on their own. Labour reforms have been introduced. All these have been done in line with the union government’s policy to encourage the ESDM sector,” the Minister stated.

He said former Chief Minister BS Yediyurappa took it as a challenge and brought out the open land reforms policy.

In the post-Covid situation, even small places have opportunities to grow and each individual can become an entrepreneur, he added, Implementation of NEP 2020, up-gradation of ITIs, skill-focused GTTCs, and increased demand for Polytechnic admissions would contribute to strengthening the ESDM ecosystem, he said.

Dr Narayan also assured that the government would consider establishing a semiconductor park and a testing lab to promote the flourishing of ESDM (Electronic System Design and Manufacturing).