Mangaluru, Jul 3:  "The inconvenience faced by the people due to the rain for even a day is the result of the incomplete works of the smart city project," activist M G Hegde said.

"They claim that they have spent Rs 2,000 crore on the works of the smart city project. They have built bus shelters in many places under the project, but the public can neither stand in these shelters nor brave the rains whenever there is a downpour. Bus shelters have only become homes to street dogs," he added. 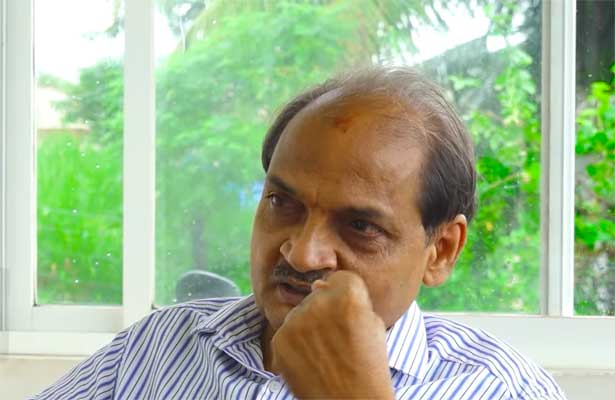 "When I questioned about this I was told that 22 bus shelters had already started which will be completed. However, no more bus shelters are being planned to be built in the future as nearly Rs 8 to 10 crores have been spent on this. The contracts for the road have been awarded to the big contractors. They will just finish the works without any provision to create storm water drains because the contractor cannot make a profit out of it. The construction of drains yield less profit to the contractors. But, construction of the roads gives a contractor 50% profit. The cost of the 80 meters road which was constructed in front of my residence was billed at Rs 5 lacs. When I spoke to the contractor, he said the actual cost of the road is Rs 2.50 lacs and the remaining Rs 2.50 lacs is meant for distribution," he added.

Hegde said, “Usually, in construction of national and state road highways, storm water drains are built initially and a road is then laid. But, in the case of Mangaluru City Corporation (MCC) it is just the opposite. First, they lay the roads. Usually, road works are done with a proper blueprint of the cities. In MCC limits, the contracts of works are given to various contractors without any connect between them. In such cases work will remain incomplete and sub-standard.”

“If we reveal this truth we will be trolled. And get the tagline that we are anti-Hindus and anti-Modi. People living in the coastal areas have recited this term. They have danced by asking for votes in the name of Modi. We have voted for these people. Hence, we should bring the name of Modi because the work under the smart city project is carried out jointly by the union and state governments. When crores of rupees are being spent, the Prime Minister should seek the details and the status of the work, isn’t it? He should seek the status of the work with concerned MPs and officials. The city has witnessed several monsoons, but why for one rain several areas of the city get submerged?”, he asked.

“The city has witnessed natural floods during monsoon but why does this artificial flooding take place even if it rains for a single day? Artificial flooding took place in the heart of the cities. Why is it that priority is not given to proper flow of rainwater while road works are taken up? When I photographed incomplete work, I was trolled. Many people are claiming that corruption is rampant, which is common knowledge. Hence, the representatives of state and union governments should be held responsible for this. People should think about why they vote for their representatives. When we talk about corruption, it doesn't come under the purview of nationality! Hence, we cannot speak about this. Opposition parties should be strong. But, this has become one-sided in the state. In a democracy, the opposition should be equally strong to that of the ruling party,” Hegde added.