Bantwal: Police beef up security cover in Kodange checkpost ahead of Bakrid

Bantwal, July 3: Superintendent of Police Sonowane Hrishikesh Bhagwan has announced strict vigil and curbs on Kodange checkpost as a precautionary measure in view of the upcoming Bakrid festival.

He said police personnel will be stationed for 24 hours at the checkpost and conduct vehicular searches in the coming days. 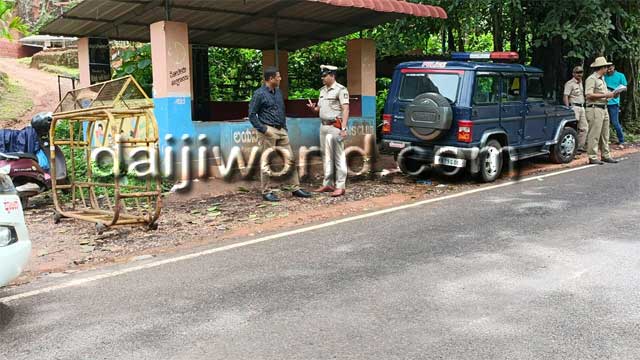 He was inspecting the Salethooru village in the Kerala Karnataka border and was on a visit to the Kodange checkpost. He collected information regarding the security and movement of people and material from Vittal police inspector H E Nagaraj.

The Kodange checkpost which is close to Salethooru village on the border of the two states is considered to be a major escape route for miscreants and anti-social elements into Kerala from Karnataka after committing a crime.

The checkpost is being beefed up with additional security and a large posse of policemen.

Trees, sand mining and cattle thefts are common along this route and by strengthening the security cover SP Bhagawan believes that illegal activities can be controlled.

Title: Bantwal: Police beef up security cover in Kodange checkpost ahead of Bakrid