Panaji, Jul 3 (IANS): Though Goa has just two Lok Sabha seats, they are significant in the state's political context and the parties have already started gearing up for the Lok Sabha elections due in 2024.

However, there is no clarity yet if the opposition parties will forge an alliance. 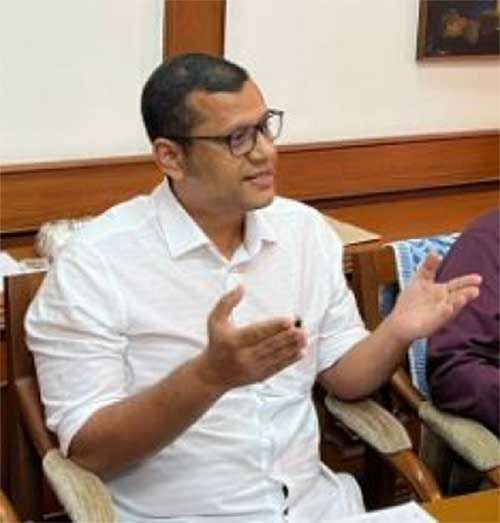 While the Trinamool Congress (TMC), a new entrant in Goa politics, says there is need for unity, the Aam Aadmi Party (AAP) is stressing on forging alliance with honest and progressive parties with the common goal of keeping the divisive forces at bay. The Congress too wants like-minded parties, which respect the Constitution and democracy, to join hands.

But there is no clarity yet as to which way the wind is blowing.

Cuncolim MLA Yuri Alemao, the working president of Goa Pradesh Congress Committee (GPCC), told IANS that the country is passing through an undeclared 'Emergency' wherein there are restrictions on freedom of speech.

"The voices of descent against the government are being suppressed. The common man is suffering due to the faulty economic policies of the government, as demonetisation, hasty implementation of GST etc. have crushed the marginalised sector in the country," he said.

"The Congress has a base all across the nation and I am confident that our national leaders will take steps to initiate a dialogue with other like-minded parties, which respect the Constitution and democracy, and forge a formidable alliance which can take on the BJP," Alemao said.

"Repeated undemocratic acts of the BJP to destroy the people's mandate and grab power through the backdoor have now made people realise the true face of the saffron party, which once claimed to be a party with a difference. The BJP wants to modify history and manipulate facts and figures," he said.

Stating that unity in diversity is the essence of Indian democracy, Alemao said, "Various political parties which believe in Constitutional and democratic values need to unite and defeat the BJP in 2024."

Trinamool Congress' Goa in-charge, Kirti Azad, told IANS that it is necessary to bring down the divisive forces by uniting the opposition.

"You saw how the Opposition got united in selecting a joint Presidential candidate. It is quite necessary to bring down the divisive forces. Unity among the Opposition parties should stay," Azad said.

"I am sure, this (unity) can be a positive factor before the 2024 general elections," he said, adding: "If we have to stop the divisive forces, we have to fight together."

"Promises of jobs and smart cities were made to the people, but not even a half smart city has been set up. Forget smart cities, PSUs and government institutions have been sold," Azad said.

He added that the opposition parties have to think, as until and unless the divisive forces are stopped, the country will be in a lot of trouble.

Azad also said that the Congress leadership will speak to the opposition parties to form a common agenda.

AAP Goa President Amit Palyekar said that there is a need to bring a secular and progressive party at the Centre.

"At present, the financial situation of the country is quite bad. There are various political parties, and it is the right time to establish a progressive and secular government," he said.

"The political parties are more progressive in the south. I think non-Congress and non-BJP parties should join hands. We are going to be part of various political alliances all over India. We have made alliances with like-minded people who are into honest politics," he said.

Speaking about the problems people are facing, Palyekar said that there people who can't even make their two ends meet.

"I don't know how the middle class is surviving. The inflation is high, the rupee is at an all-time low, and the party (in power) is involved in divisive politics," he said.

"I don't see any political party with which we can have an alliance in Goa," he said, while speaking about the politics in Goa.

"The government has failed to weed out corruption, or bring back black money. Instead of becoming progressive, we are going backwards," he said.