Hyderabad, Jul 2 (IANS): BJP national vice-president Vasundhara Raje on Saturday said two resolutions will be passed during National Executive Committee (NEC) meeting and topics or issues of political resolution will be decided by the Committee.

She also said that party will launching several new outreach programmes like 'Har Ghar Tiranga' and further strengthen 'panna pramukh'. The BJP NEC will also make a statement on state of affairs in Telangana. 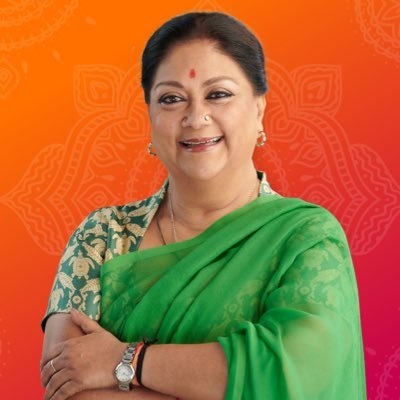 Sharing the details of national office-bearers' meet, former Rajasthan Chief Minister Raje said that the two resolutions one political and second economic will be passed in the NEC after discussion.

"During national office-bearers meet, draft of resolutions was discussed," she said.

Asked about recent killing in Udaipur and Supreme Court's comment on Nupur Sharma's controversial statement, Raje said that topics of political resolution will be decided by the NEC.

She informed that the recent Assembly polls of Uttar Pradesh, Manipur, Uttarakhand and Goa, local bodies polls, bypolls of Rampur, Azamgarh and Tripura were also discussed.

She said that as part of 'Azadi Ka Amrit Mahotsav', the BJP will launch 'Har Ghar Tiranga' to connect with people and to make it a large movement. "We are trying to reach out 20 crore homes during the campaign," she said.

"The national office-bearers meet also emphasise on more pravas of leaders so that they stay among the people."

Emphasis also given on further strengthening of booth. "It has been decided to form team of 200 active workers at each booth, form Whatsapp group," she said.

Title: BJP to reach out to 20 cr homes through 'Har Ghar Tiranga' prog