Kundapur, Jul 2: The manager of Maruti Gold Jewellers owned by Nithyananda Shet at Uppunda near here cheated several people of gold and cash on the pretext of providing them new golden ornaments in place of old ones. A complaint in this regard is filed with the police.

Udaya, resident of Siddapura Kelapete Rushikere, had given cash and old golden ornaments to manager Girish Shet and brother Venkatesh and Harish, in order to make new Kariyamani and bangles for his niece’s marriage. 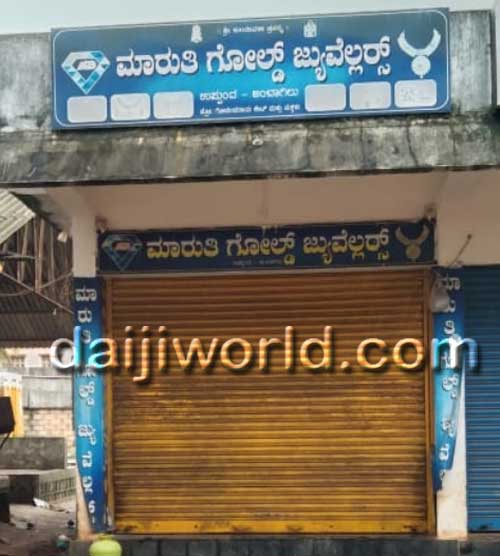 When Udaya asked with the accused about the chain and bangles, they postponed the date and later stopped receiving phone calls. Later Udaya came to know that he has been take for ride by the trio.