Bantwal: Destruction in several places due to rain coupled with wind

A border wall of the house of a Kamaje resident has collapsed at Kamaje. The red stone wall near the house of Kamaje resident Sarojini Kulal collapsed damaging the house. A two wheeler parked in the house premises is completely damaged. Chief municipal council officer Swamy, B Mooda revenue inspector Vijaya, local BJP leader Keshava Daipala and Bhasker Tailor visited the spot. 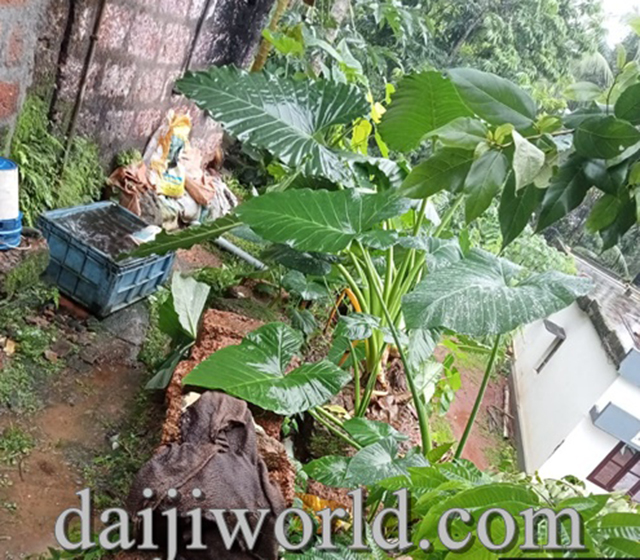 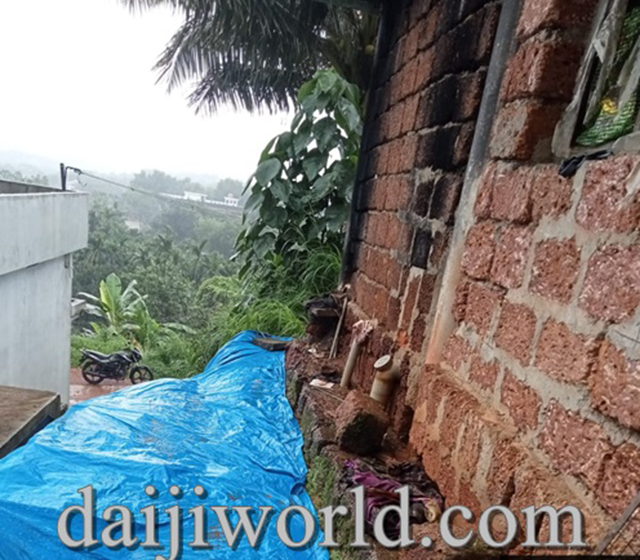 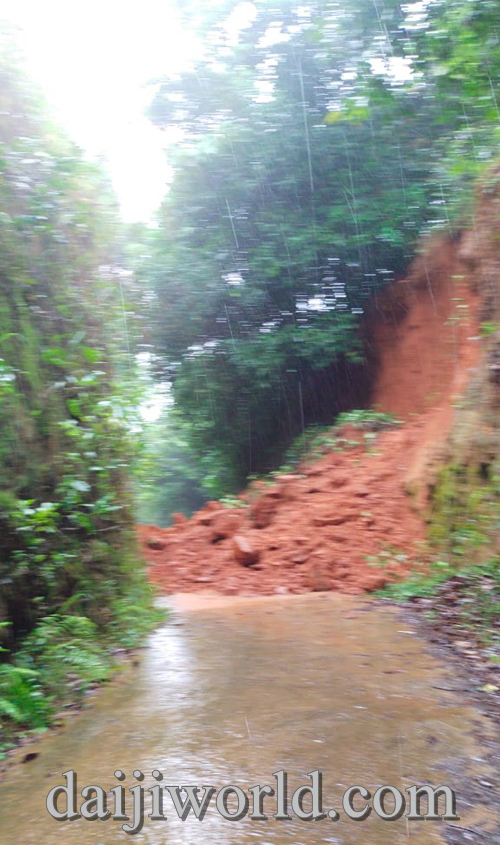 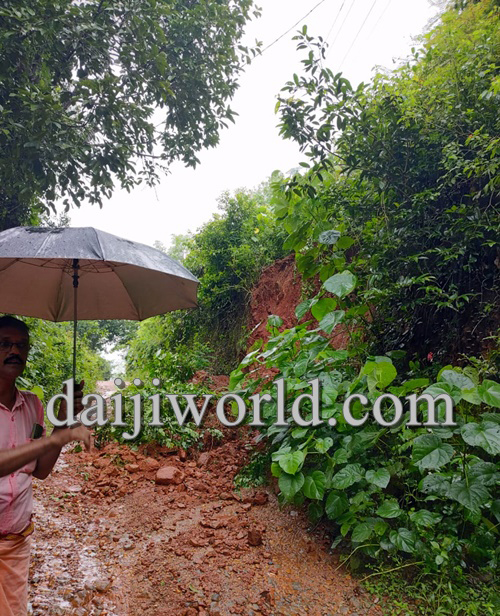 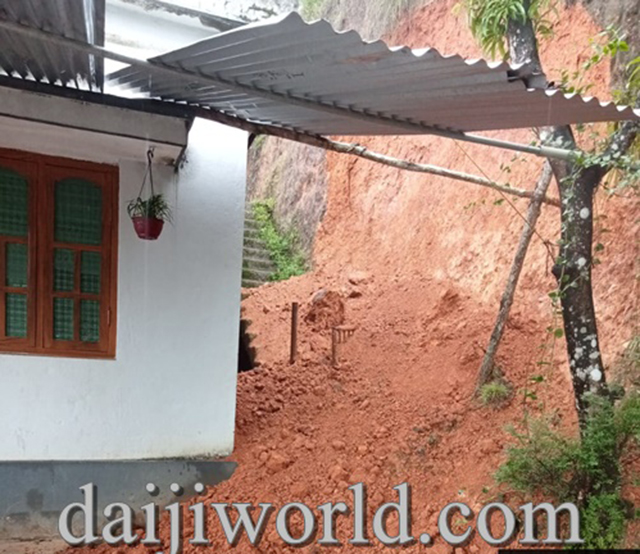 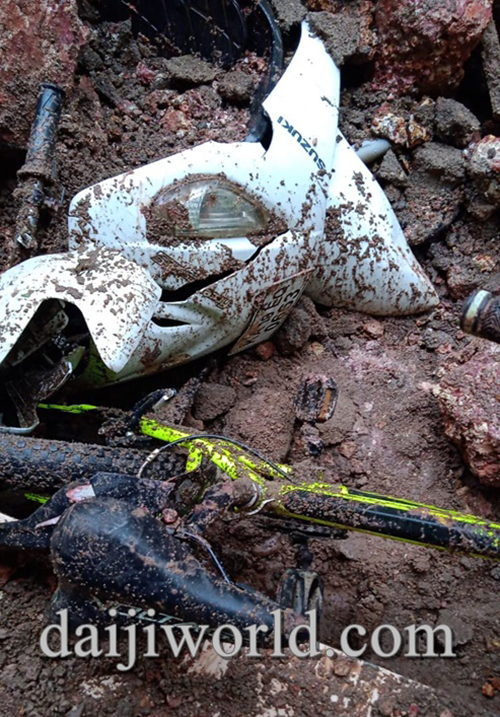 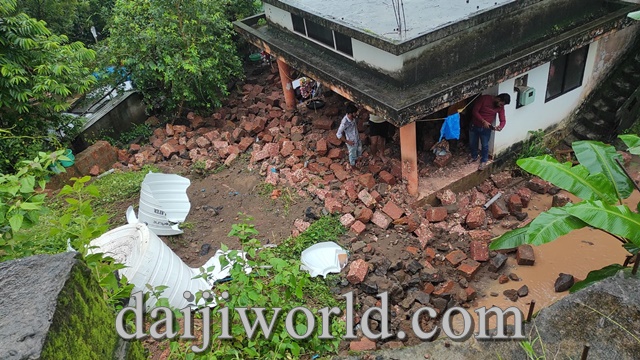 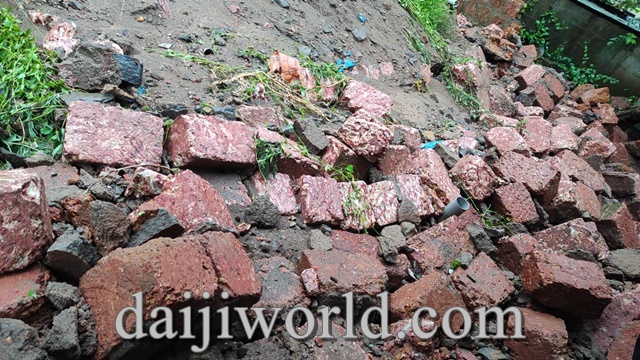 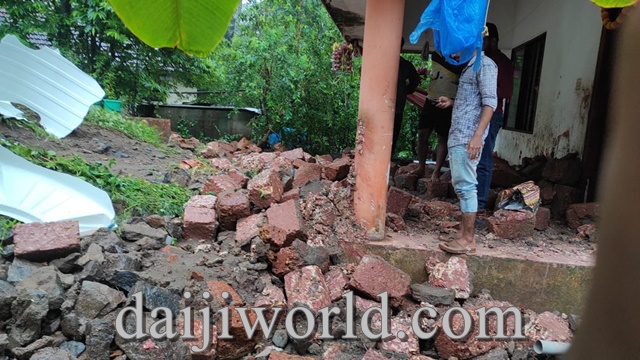 Mud has caved in at Ujjottu, Narikamba grama. Mud from the hill has fallen on the road at Kodangai, Salethoor grama closing the road. The hill behind the house of Rahina, Pathumadi, Manchi grama has caved in and the house wall is about to collapse.

The rear wall of the house of Mohammed, Pathumadi grama has collapsed damaging the house.

Title: Bantwal: Destruction in several places due to rain coupled with wind