Bantwal, June 29: Following public complaints that trash has been piling up up in an unscientific manner spoiling the environment and creating problems for locals in waste disposal unit at Sajipanadu Kanchinadkapadavu, Bantwal, MLA and deputy opposition leader of Karnataka Legislative Assembly U T Khader visited the unit for the second time and took the officials to task.

Speaking to reporters later he said that villagers are put to hardship because of the lethargy of officials.

"The municipal council has accepted its fault. Therefore, they should lift and clear the dirty water stagnated in huge pits here before July 3. They should carry and pour the dry and wet wastes in some other place instead of dumping it unscientifically here. The decision on throwing dry waste will be taken only later,” he told the officials. 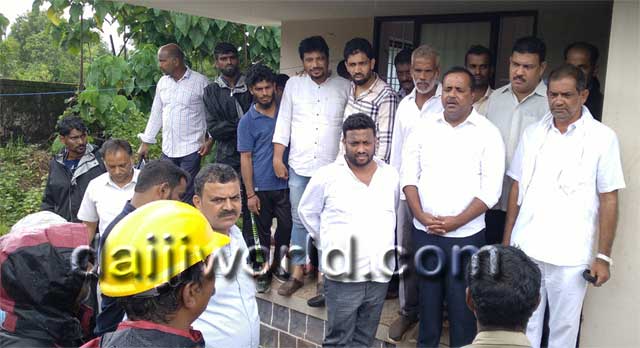