Mumbai, Jun 25 (IANS): The Maharashtra Congress on Saturday ruled out the possibility of President's Rule in the state currently in the grip of a major political crisis that has shaken the ruling Maha Vikas Aghadi government.

"There is no reason presently to impose President's Rule in the state. The MVA experiment is going to be a success," said Congress Legislative Party Leader and Minister Balasaheb Thorat after a meeting of the state party's top leadership. 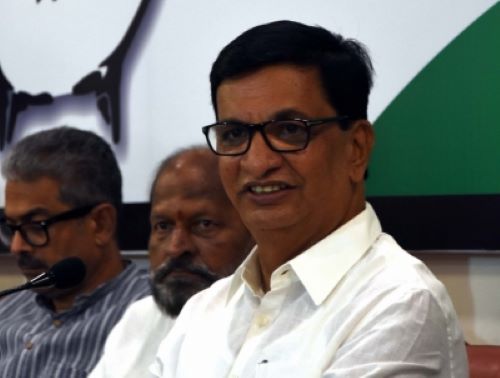 He added that a legal team from New Delhi - which had finalised the formation of the MVA alliance 30 months ago - is keeping close tabs on the political situation unfolding here and is prepared to counter it as needed.

"Presently, the MVA government is functional and a battle is ongoing pertaining to Constitutional and legal procedures. The Chief Minister (Uddhav Thackeray) will take a decision on what is to be done with the rebel ministers and legislators," said Thorat.

Congress President Nana Patole has reiterated that the Bharatiya Janata Party at the Centre is misusing central investigative agencies to destabilise and topple the MVA government, but their intentions will fall flat as the 3-party alliance is fully united and firmly behind the CM.