Mangaluru, Jun 24: Acting on definite tip off, Bajpe police arrested three people in connection with illegal transportation of cattle that were being taken for slaughtering.

The pickup vehicle in which the cows were being transported was waylaid by the cops at Daddicross under the limits of Badaga Edapadavu gram panchayat near Bajpe on June 22.

Shiva (60), Abdul Farooq (41) and Aboobakker (45) are the arrested accused. Police confiscated four cows and the pickup vehicle. The total cost of the vehicle and cows is estimated at Rs four lac. 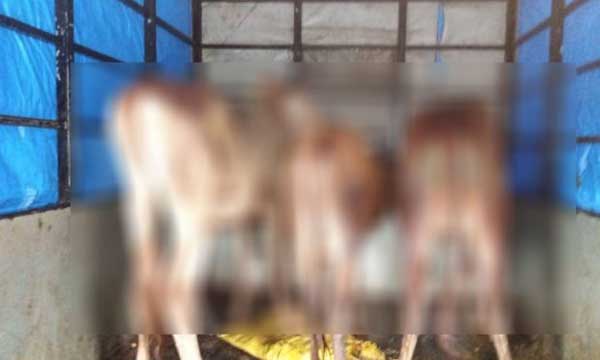