Guwahati, Jun 23 (IANS): The Radisson Blu luxury hotel, located on National Highway 37 on the outskirts of Assam's main city has become the centre of attention ever since rebel Siv Sena leader Eknath Shinde camped there along with 40-odd MLAs, posing an existential threat to the Maha Vikas Aghadi government in Maharashtra.

The MLAs, led by Shinde, first put up at a hotel in Surat in BJP-ruled Gujarat late on Monday from where they flew to Guwahati, another BJP-ruled state, on Wednesday morning. 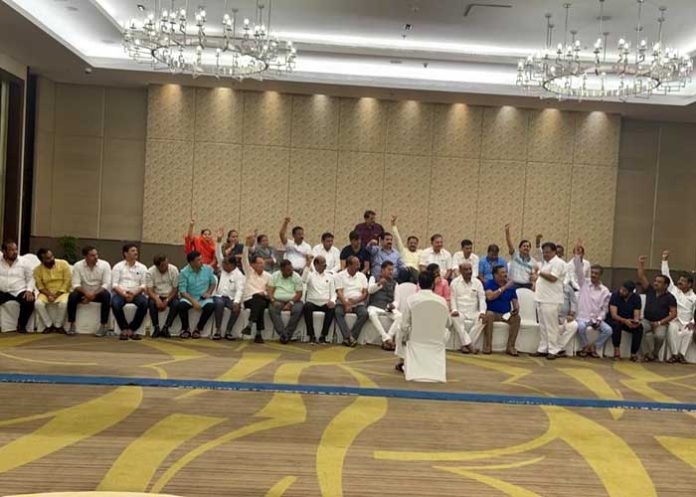 After landing at the Lokapriya Gopinath Bordoloi International Airport here, the rebel MLAs were taken to the Radisson Blu hotel in three Assam State Transport Corporation luxury buses, escorted by the police.

According to sources, a total of 70 rooms have been booked for Rs 56 lakh at the luxury hotel, which has extensive event space, an outdoor pool, a spa, and five restaurants. Adding to this is the daily estimated expense for food and other services at Rs 8 lakh (Rs 56 lakh for seven days), taking the total seven-day cost to Rs 1.12 crore, sources said.

In a show of strength, Shinde on Thursday posted pictures and videos with 41 MLAs from the hotel, spelling more trouble for Chief Minister and Sena supremo Uddhav Thackeray.

The pictures show the MLAs gathered in a hall for a photo-shoot, raising slogans for Shiv Sena, Balasaheb Thackeray and Eknath Shinde, without mentioning Uddhav Thackeray.