Beltangady, Jun 21: Skull cap and green shawl worn by Muslims was sent to the office of MLA Harish Poonja by member of CPI (M) committee as a mark of protest as he is holding a minority conference in the town on June 22.

MLA Harish Poonja had spoken ill about Muslims recently, even before he is nominated as the BJP candidate and had said, “If Sangh Parivar and BJP nominate me as candidate for next year’s assembly elections, I would proudly say that I do not want votes of Byari (Muslims) community.” 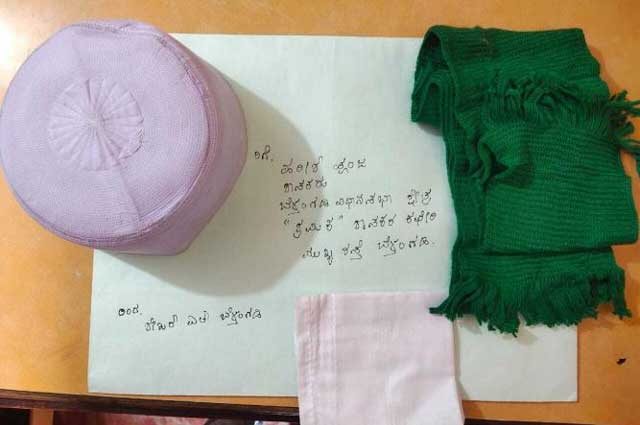 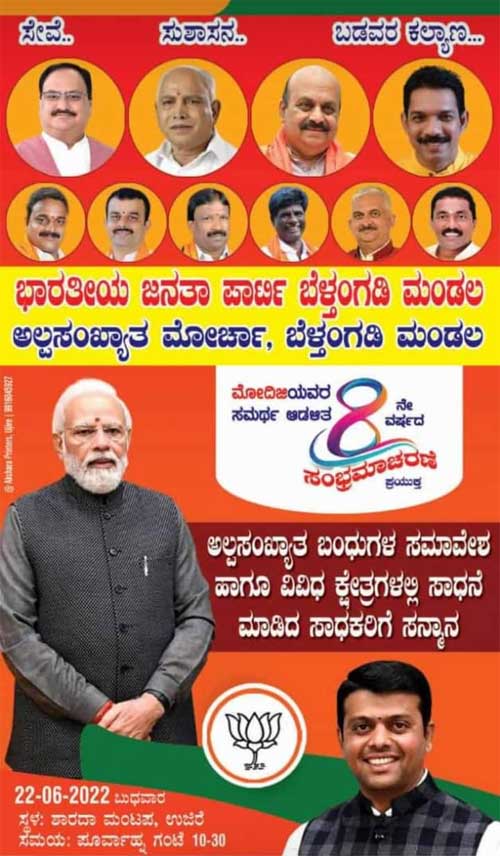 The skull cap and the green shawl were sent to the office of the MLA by Shekhar Laila, member of CPI (M) taluk committee.

Shekhar has also sent a letter along with cap and shawl which says, “The cheap political tactics of saying that votes of Muslims are not required on one end and on the other appeasing the same community by holding minority convention should be given up.”

Speaking to the press, Shekhar said, “The first duty of a people representative is to look after each and every voter equally irrespective of the caste and religion they belong to. It is also mentioned in the Constitution of India.

“Harish Poonja had said that he does not require the votes of Byaris (in Tulu ‘Byarilena vote Bodchi’). It does not augur well for a committed MLA.

“The same MLA, who said that he does not require the votes of Muslims during assembly elections, is holding a minority convention in the town on June 22. This clearly shows the duel political tactics of BJP.

“There are many Muslim youths in the minority wing of BJP as office bearers. In their party also there are many Muslim leaders. So it is laughable that this MLA says he does not want Muslim votes. What is the intention of holding minority convention? It is to appease the Muslim community. Isn’t it? Constitution also says that all are equal. So I have sent him skull cap and shawl to wear during the minority convention.

It is learnt that minority convention will be held on June 22 by Beltangady Mandala BJP and minority morcha on the occasion of celebration of eight years of completion of PM Modi’s rule. Achievers in various fields will also be felicitated on the occasion. MLA Harish Poonja will officially participate in the convention, it is said.

The letter sent by Shekhar says, “Recently, in the religious programme of Shanishwara Pooja which was held at Gujjittu under Andinche gram panchayat limits, you (Harish Poonja) had said that if I am asked to contest on BJP ticket in the next assembly elections, I will not seek votes of Byaris. But by holding minority convention on the occasion of celebration of eight years of Modi rule, you and your party are playing cheap politics of appeasing minorities, including Muslims.

“I object your duel policy and appeal that in future you should consider all people irrespective of religion equally. You have to uphold the communal harmony and respect the constitution of India. I am sending you the skull cap and green shawl as compliment for participating in the minority convention,” he stated in the letter.