Zhang, 33, was runner-up in the tournament last year and started this year's campaign in the grass-court event as the fourth seed in the women's singles.

After passing the first two rounds, the world No. 41 from China failed to reach the semifinal on Friday as she was broken four times by the world No. 60 Martincova from the Czech Republic, reports Xinhua. 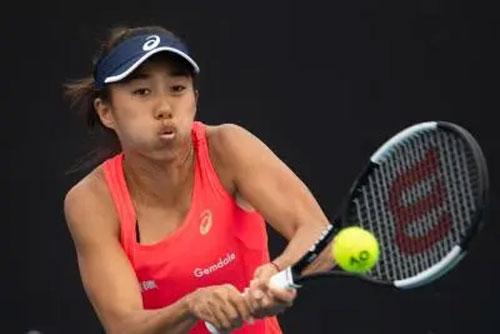 Martincova's opponent in the semifinal will be Brazilian Beatriz Haddad Maia, who defeated Maria Sakkari of Greece 6-4, 4-6, 6-3 in a quarterfinal match.

The other semifinal will be played between American Alison Riske and Viktorija Golubic from Switzerland.

Riske reached the last four with a fine fight back after losing the first set, beating local star Harriet Dart 4-6, 6-2, 6-1. Viktorija Golubic sent Ajla Tomljanovic of Australia packing 6-3, 6-4 in the other quarterfinal.