Maha: Amid trepidations in MVA-BJP, brisk voting for 6 RS seats

Till mid-day (12 noon), nearly 200 of the 285 MLAs in the 288-strong House comprising Shiv Sena-Nationalist Congress Party-Congress and its allies, and the Bharatiya Janata Party and its supporters had cast their votes in the polls which promise to have a Hitchcockian finale this evening. 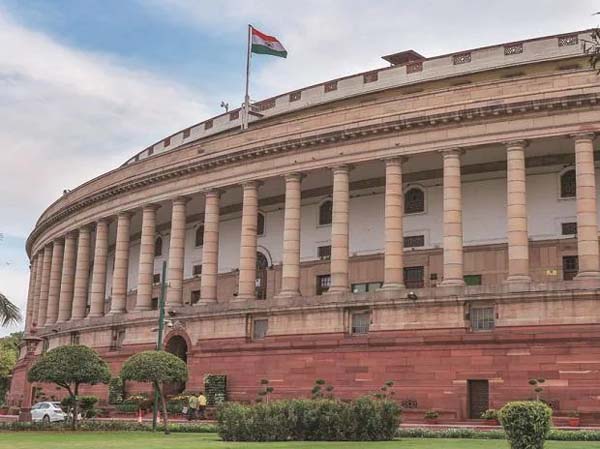 In the first 'elections' since 1998 -- traditionally, the Rajya Sabha polls are unopposed in Maharashtra -- the current numbers game in the 288-member Assembly has made the polls a super-suspense thriller for all.

With their respective strength of MLAs certain, all parties are virtually clinging on to the independents and smaller parties for 'survival' and a loss of face in the high-stakes elections to the Upper House of Parliament.

Needless to say, amid allegations of 'poaching' or 'horse-trading', the Sena-NCP-Congress and the BJP, had 'secured' their much-coveted MLAs in five-star hotels in south Mumbai.

Such was the edginess among the party managers that even a casual walk-through of leaders from the 'other side' in the hotel lobbies sent panic alarm bells ringing, and the MLAs were herded and hidden to avoid any 'contact' with the political wolves snooping outside...!

On the MVA side, there are also apprehensions of certain central investigation agencies allegedly lying in wait to trap any MLA who may be 'lured', especially from the independents or smaller parties, with 'cakes and cookies'.

As V-Day dawned, the legislators from all parties 'emerged' from their five-star hideouts and were taken in buses to the imposing Vidhan Bhavan Building at Nariman Point for the voting.

All along, despite their jumpy nerves, many of the leaders from both sides -- MVA and BJP -- managed to keep up perpetual grins on their faces and kept flashing the 'V' sign to all, while confidently proclaiming victory for their respective candidates.

Today caps off the past few months of hectic politicking, desperate measures to keep their flocks of MLAs under watch and locks, running after, begging, prodding and cajoling the independents and smaller parties for their support, ensuring backroom political strategies were double-fine-tuned and honed to perfection, with no scope for 'errors'.

Since a majority of MLAs have never experienced a RS 'election', all parties also held multiple workshops and theoretical-practical mock voting sessions under the supervision of senior leaders to rule out the faintest possibility of any glitches.

As certain last-minute creases were being ironed out till this morning, top leaders like Sanjay Raut (Sena), Jayant Patil (NCP), Balasaheb Thorat (Congress), Chandrakant Patil (BJP), et al exuded absolute confidence that they would sport the garlands of victory this evening, when the outcome is expected.

Given the arithmetics of the MVA-BJP, while five candidates -- Goyal, Bonde, Raut, Patel, Pratapgarhi can easily sail through, the critical contest remains between BJP's Mahadik and Sena's Pawar.

In a minor setback to the MVA, two NCP leaders, Minister Nawab Malik and former minister Anil Deshmukh, were refused temporary bail by the court to cast their votes for RS, while Andheri MLA Ramesh Latke of Sena recently passed away.

Among the major highlights, the AIMIM with 2 MLAs sprang a surprise by supporting the MVA, while the Bahujan Vikas Aghadi with 3 MLAs may spring its own surprise only by this afternoon.