Mumbai, Jun 10 (IANS): In a scathing attack on the Bharatiya Janata Party-led Central government, the Maharashtra Congress said that the masses feel 'poison is better than water' under the rule of Prime Minister Narendra Modi, here on Thursday.

State Congress President Nana Patole said that in the last 8 years of Narendra Modi government, the Indian rupee had steadily depreciated, the GDP has plummeted, growth in all sectors of the economy has slowed down, inflation is soaring high and unemployment is rising at unprecedented levels, making life miserable for the commoners. 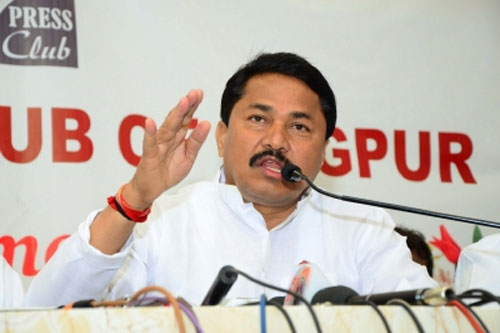 In a stern statement on the eve of the Rajya Sabha elections (tomorrow), he pointed out how Congress leader Rahul Gandhi has consistently warned that the country cannot make economic progress unless social stability is ensured and many recent developments prove this.

Recently, the Reserve Bank of India (RBI) has hiked the repo rate by 50 bps to offset inflation, but this in turn will increase the EMIs of housing loans taken by millions of people.

"The common man takes out a housing loan to provide a roof over his head, but under the Modi government, the situation is such that 'poison is better than water' for the masses now," slammed Patole.

Instead of tackling the economic situation, he accused the BJP of creating social instability and spreading hatred among the people which is proving detrimental to both the economy and progress of the country.

As the domestic situation continues to deteriorate, the position is not favourable even at the international levels and owing to the recent utterances by some 'immature BJP spokespersons', the country's image has been tarnished worldwide, said the Congress chief.

"At least 20 nations have expressed outrage over the BJP spokespersons' comments and demanded an apology from India... But why should the country apologise for the BJP's blunders? It's the BJP which should apologise. This shows that the Modi government's foreign policy is a failure," said Patole sharply.

On the other hand, the country's first Prime Minister Jawaharlal Nehru's foreign policy had earned India a reputation all over the world, but unfortunately, the BJP had not followed it and has only criticised Nehru.

Patole reiterated that the Congress will always support secularism and in a country with diverse religions, cultures and traditions, only the Congress is best suited to maintain its unity and integrity.

"Unity in Diversity is India's true identity and that is the real 'idea of India', and that can be safeguarded by secularism... However, the BJP government at the Centre is trying to foment communal tensions and destroy the nation's secular fabric. The Congress will never allow this insidious conspiracy of the BJP to succeed," warned Patole.