After receiving the award, Acharya said, “Three things should have more emphasize in life. Time, help and wealth. Give time for yourself and help who are yours when they need, earn and use your wealth to communicate on a large scale.” 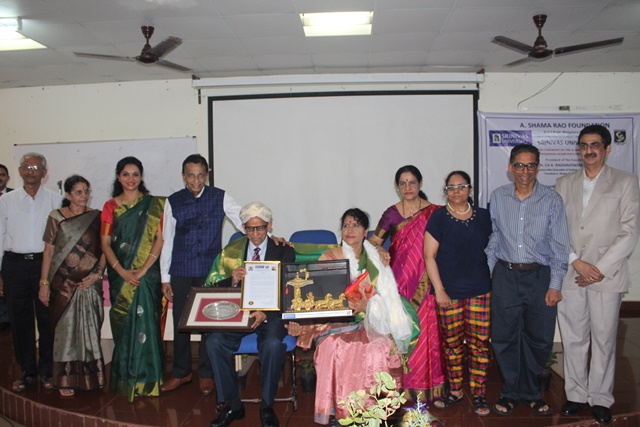 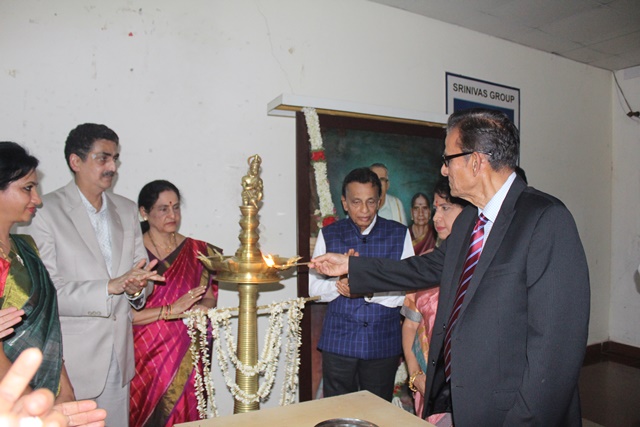 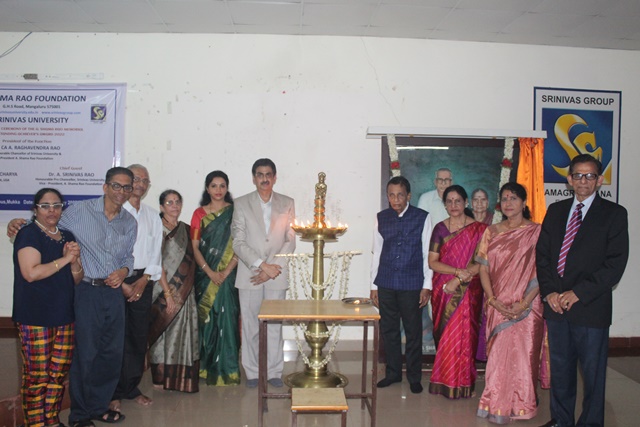 Chief guest vice president of A Shama Rao Foundation and pro chancellor of Srinivas University Dr A Srinivas Rao in his speech appreciated Acharya and said, “Acharya works in the financial field, but is doing social work in the USA through Sri Shankar Netralaya. His service is always commendable.”

Chancellor of Srinivas University and president of A Shama Rao Foundation, Dr CA A Raghavendra Rao presided over the programme. He said, “The man with the sight for the sight is Sagri Vasudeva Acharya. The Shakti behind him is his wife, Nirmala Acharya. Performance is only possible when you are satisfied with any task.” He suggested to find happiness and satisfaction in work.

Acharya visited Srinivas Hospital and praised the services provided there.