Koppal,  May 28 (IANS): While commenting on the resurfacing of the hijab issue in Dakshina Kannada district, Karnataka Education Minister B.C. Nagesh on Saturday categorically stated that only uniforms are allowed in school and college campuses across the state.

He further said that the order of the Karnataka High Court must be followed regarding the issue.

The Minister's remark comes after hundreds of students from Mangaluru's University College staged a protest on Thursday against wearing hijab in classrooms. 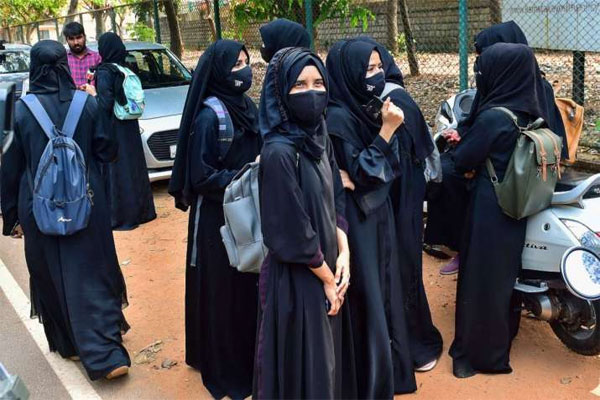 The students expressed anger at the authorities for allowing this despite the court and government orders.

In his statement on Saturday, the Education Minister also said that textbooks were already being printed, adding that "there is history and nationalism in the syllabus".

He blamed the opposition Congress of creating confusion among students and also in the state regarding the textbook revision row.

Top Congress leaders Siddaramaiah and RMallikarjun Kharge have launched fierce attacks on the state's ruling BJP in connection with row.

Kharge slammed the state government for the inclusion of RSS founder K.B. Hedgewar's speech in the syllabus.