Bengaluru, May 26: “Some are still under the Moghul courtyard mindset. They are in distress now. They have to come out of ‘Moghul Courtyard mindset,” said BJP national chief secretary C T Ravi ridiculing those who are opposing the revision of textbook.

Ravi further said, “All those who oppose text book lesson revision should come out of Lord Macaulay slavery and courtyard of Moguls. There is no pressure that lesson on Devanur Mahadeva is required at any cost. The committee has to honour their opinion of not including the lesson. Only pre-committed minds give these kind of statements. Comments should be made on the content. It is not right to see whether it is Janivara or Ududara or Shivadara even before the text book is printed.” 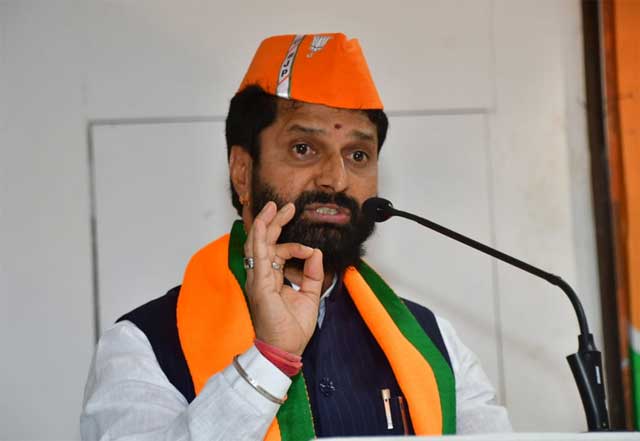 Responding to the issues of Mosques built on Hindu temples, Ravi said, “Let the archaeology department hold study on Jamia Masjid of Srirangapatna. Real picture of Tipu Sultan will be known. It is a fact that thousands of temples were destroyed and Mosques were built on this. Let survey work of Srirangapatna mosque take place. Then it will come to light whether it is a mosque or a temple. Those who have belief take astrological help or do Homa and Havana. Who are we to question their belief?”