Mangaluru, May 24: It was high drama in Mannagudde Junction when an elderly woman obstructed road concrete work for nearly two hours by lying down in the middle of the road literally fighting the police force in Ward No 28 here on Tuesday, May 24.

The elderly woman is identified as Violet Pereira (70). Two police personnel have been injured in the incident.

The incident has been reported in Mannagude under the Barke police station limits. It is said that Violet went to the spot while concrete work was in progress and lay down in protest claiming that the land belonged to her. 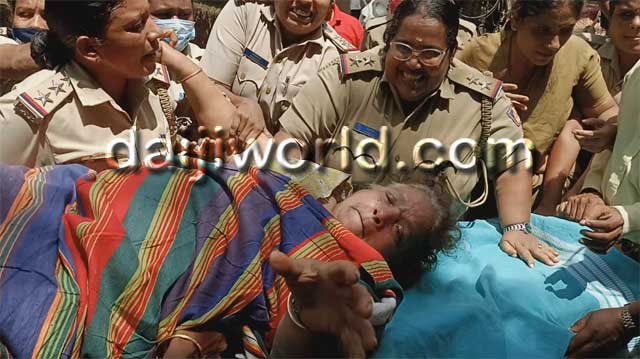 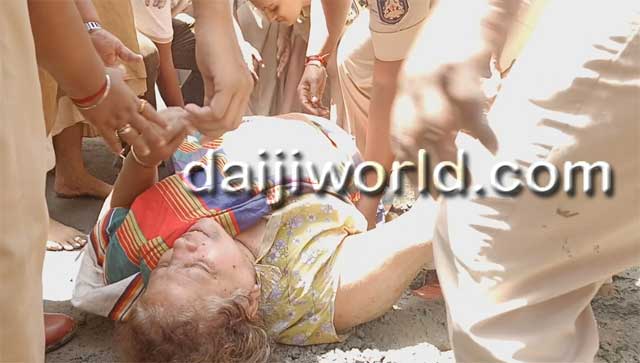 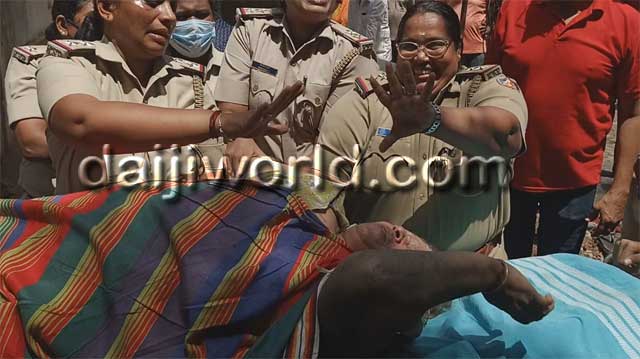 It is said that the woman also asked the officials concerned to stop the work immediately and not to proceed with it any further.

The Barke police station women constables and officials rushed to the spot and tried to convince her to allow the road work. Though the officials requested her she was not ready to leave the spot. In a video that has gone viral, it is seen that the woman is engaged in a physical fight with the lady constables. Reportedly, when police tried to lift the woman to take her to the hospital, she bit the hands of two police personnel.

She also alleged that MCC is forcefully constructing a road on the land which belonged to her.