Mangaluru, May 24: An attempt was made on the life of a rowdy sheeter with regards to payment of Rs 7,000 on Tuesday May 24 morning near Ucchila Mullugudde under Ullal police station limits.

Arif (38), resident of Ucchila is the person on whose life a gang of four made an attempt with swords. Arif was going to the fishing port in Mangaluru early morning for work. A gang of four people were hiding inside a car near Mullugudde. As soon as Arif, who was on a bike reached near the car, the assailant got down and attacked him with the swords and escaped from the spot. 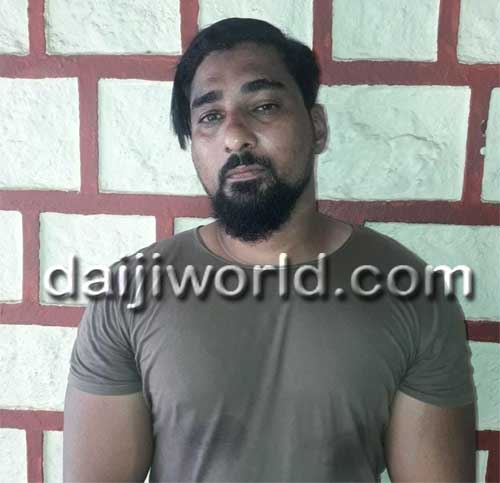 According to the details, Arif’s brother Kareem had taken an amount of Rs 60,000 on loan from Naufal and gang on the promise of paying additional interest. As he could not pay the amount on promised time, Naufal and gang took his fishing equipment. Kareem had paid the principal and got his fishing equipment back from the gang. However, he did not pay them the interest of Rs 7,000. A verbal argument had taken place between the gang of Naufal and brothers Arif and Kareem.

In the wake of this grudge, Naufal, Sadiq and two others tried to kill Arif when he was on his way to work.

Ullal police have registered a case in this connection and search is on to apprehend the culprits.