Mumbai, May 22 (IANS): In a strong critique, the Shiv Sena on Saturday expressed deep concern over the fate of the Congress which it said is 'leaking' badly with so many leaders deserting the party.

"The Congress' condition is like a cloudburst. The problem is where to put the patch and seal it. The leaks started on the concluding day of the party's recent Chintan Shivir in Rajasthan," the Sena said. 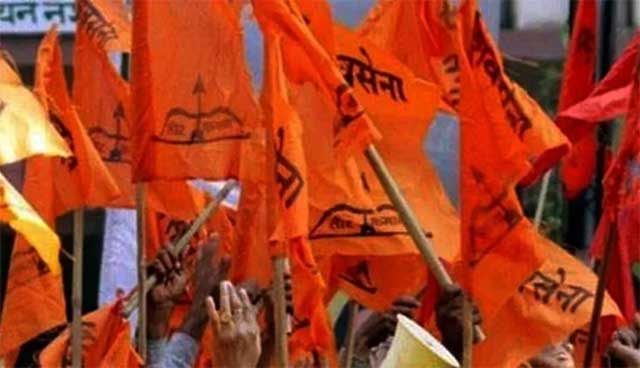 Sena's anxiety for the Congress - a ruling Maha Vikas Aghadi (MVA) ally in Maharashtra - came on a crucial day when the grand old party was observing the death anniversary of the late former Prime Minister Rajiv Gandhi.

It pointed out how the party lost leaders like Sunil Jakhar, Hardik Patel and in the past Jyotiraditya Scindia and Jitin Prasada, yet - despite the outflow - everyone in Congress talks of 'reviving' the party.

Sunil Jakhar - the son of a veteran Congress leader from Punjab, the late Balram Jakhar -- led the Punjab Congress for years, but recently he was sidelined and needless importance was given to a new entrant Navjot Singh Sidhdu, the Sena said.

Before deserting the Congress for Bharatiya Janata Party, a hurt Sunil Jakhar asked: "I was only speaking in the interest of Punjab and the nation. The Congress tried to suppress my voice and gave me a notice. What did they achieve?" said the edits in the Sena newspapers 'Saamana' and 'Dopahar Ka Saamana'.

"The Congress nurtured the leaders like Jakhar, Madhavrao Scindia and Jitendra Prasada, and even did a lot for their children Sunil, Jyotiraditya and Jitin, but their political ambitions were bigger than their fathers, and the Congress proved too small in comparison. They quit the Congress though it needed them in the crisis," said the Sena.

This, the Sena avers, points to a failure of the Congress leadership itself and expressed apprehension "what if the youth of the country do not see their future in the Congress", especially when it does not even have a full time president since some time now and ditto is the scene in states like Uttar Pradesh.

Though certain positive decisions were taken at the Chintan Shivir, the issue of Congress leadership remains in the dark, noted the Sena edits.

In states where elections are due, leaders with a good public image should have been handled well by the Congress.

However, due to Sidhu, the Congress lost Punjab and Jakhar also left, Patel was not allowed to work as the Working President of Gujarat Congress, and he says his hands and feet tied in the race by the directionless party, and he also quit.

While leaving, Patel gave his piece of mind saying whenever the country needs them most the Congress 'leadership' is abroad, nothing will be achieved by abusing Ambani-Adani as every youth in Gujarat wants to emulate them, etc, said the Sena on the exit.

With Prime Minister Narendra Modi and the BJP fully geared for 2024 elections, the 'leaking emergency' continues in the Congress, which doesn't augur well for parliamentary democracy, warned the Sena.