Mumbai, May 21 (IANS): Apart from the young Indian bowlers making a splash in IPL 2022, the batters haven't been behind. Mumbai Indians may have had a forgettable campaign but they unearthed a bright spot in teenage batter Tilak Varma. Just like Mumbai, Sunrisers Hyderabad didn't enjoy the best of times in the tournament but saw Rahul Tripathi being consistent and hard-hitting with his stroke-play. 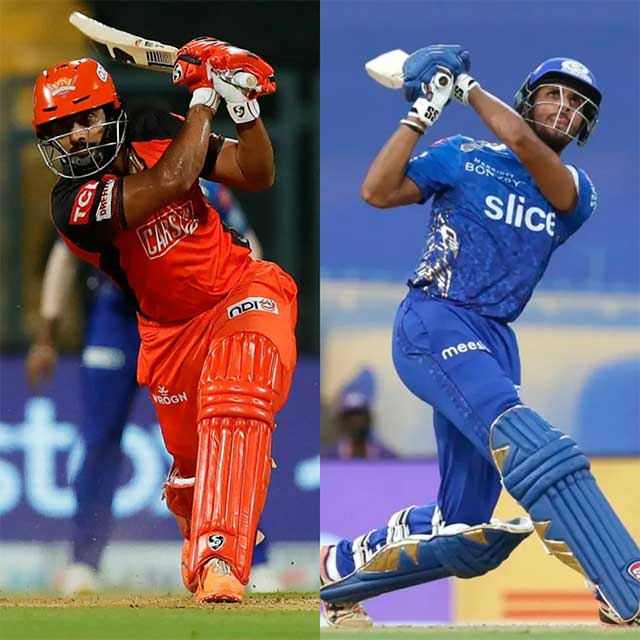 With the sheen of IPL 2022 set to make way for India's resumption of the road to Men's T20 World Cup in Australia later this year, the five-match home T20I series against South Africa from June 9 to 19 becomes extremely important in deciding the combinations. India are already on a 13-match winning streak in the format and would look to extend that against the Proteas.

Legendary India batter Sunil Gavaskar, while giving his opinion on Cricket Live show on Star Sports, thinks Varma, who played in the 2020 Men's U19 World Cup, could be an all-format India cricketer and a call-up to the series against South Africa might be the start of it.

"Tilak Varma has got the basics right. With all the right basics you've got to marry the temperament and that marriage we have seen is very good at the moment (in the case of Tilak Varma). I hope that he carries on."

"Rohit Sharma rightly mentioned that he could be an all-format player for India. So now it's up to him to work that little bit extra, get his fitness going, get a little tighter as far as the technique is concerned and prove Rohit right."

Former Australia cricketer Matthew Hayden opined that Tripathi has it in him to be a member of the Indian team not just for the South Africa series but for the World Cup as well. "I just love his ability to go hard upfront. The way Tripathi is taking the responsibility to strike the ball hard is brilliant. I think he has the real potential in the future to go all the way to the international level."

"He's a dangerous striker of the ball, someone who plays on both sides of the wicket. His ability to play short-pitched balls at ease impresses me in particular. You get him to Australia (for the T20 WC) because he can play those brilliant shots on the bouncy pitches there."