KPCC president D K Shivakumar also took part in the programme. D K Shivakumar couple were felicitated on the occasion by U B Shetty couple and priests of the temple. 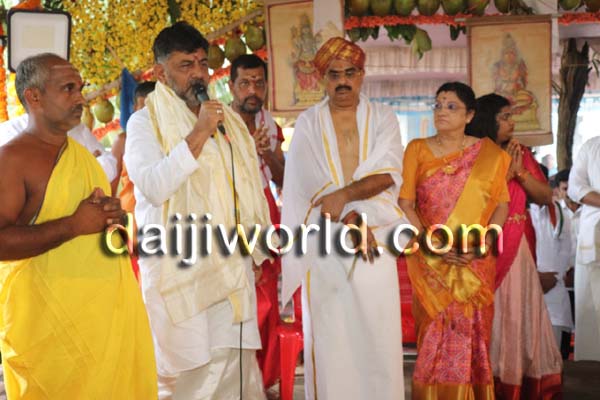 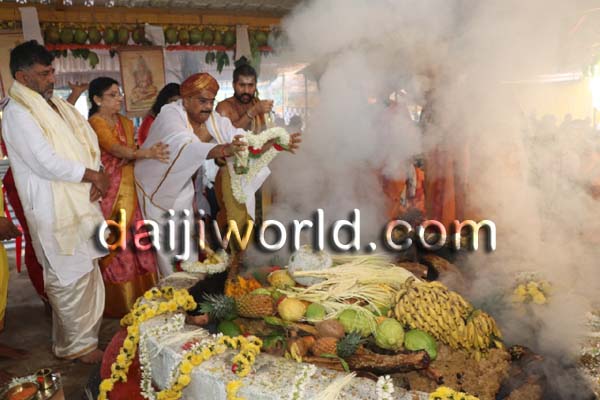 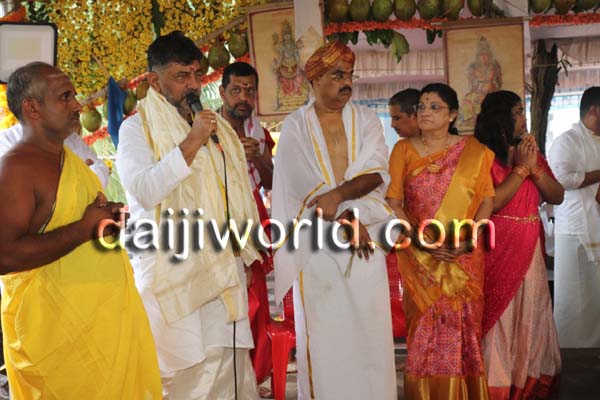 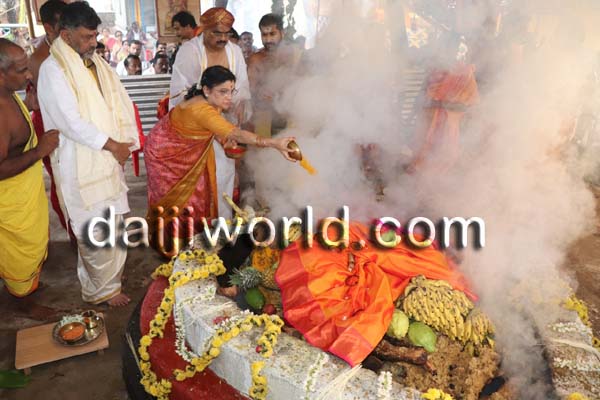 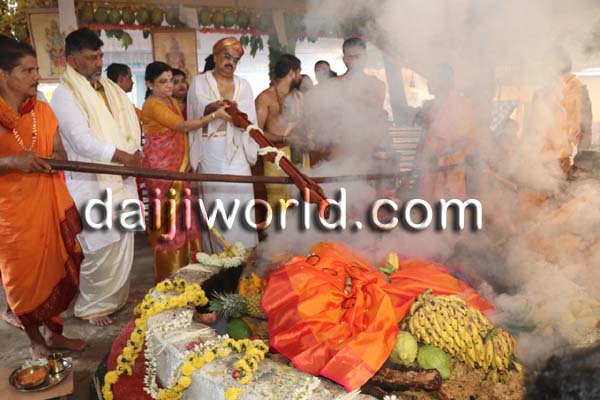 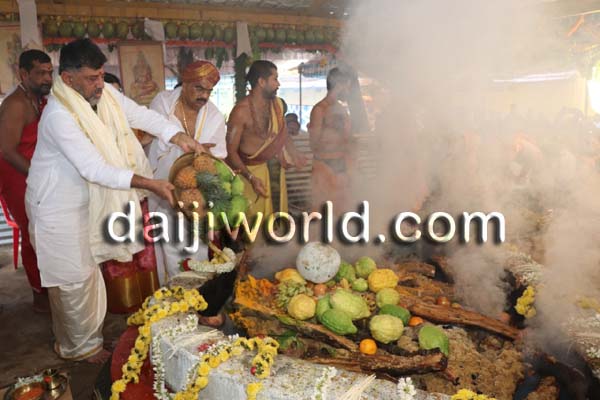 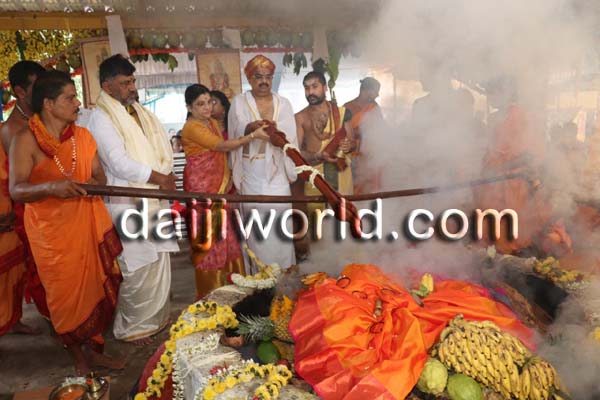 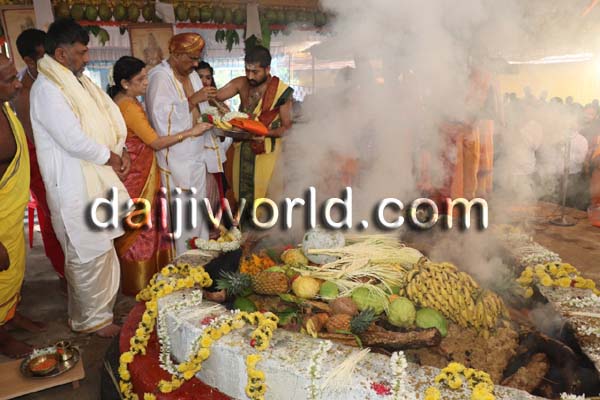 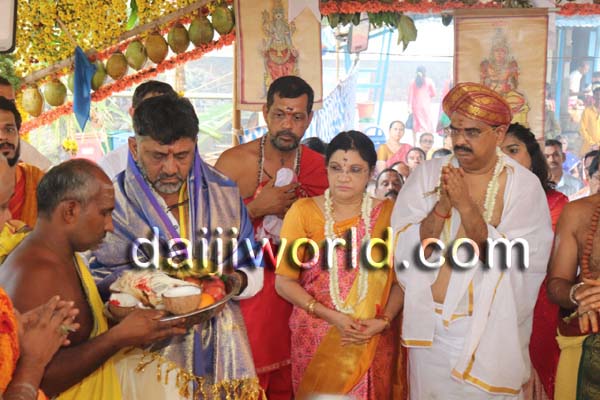 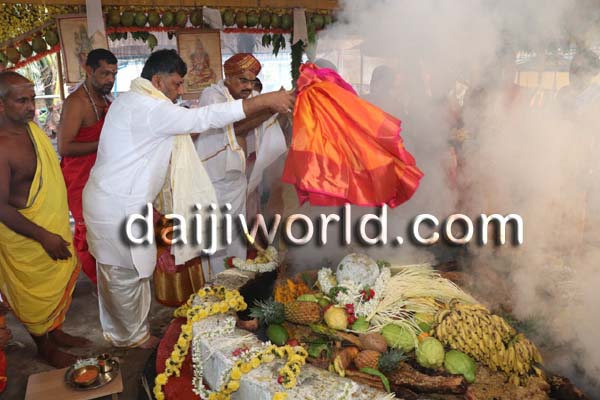