Seoni (MP), May 3 (IANS): Two tribals were lynched by mobs on suspicion of cow smuggling in Seoni district of Madhya Pradesh. One other person has received serious injuries.

The Congress has alleged that Bajrang Dal activists were involved in the incident.

According to the information received here, some people reached Simaria village under Kurai police station in Seoni district after coming to know of alleged cow smuggling in the area. 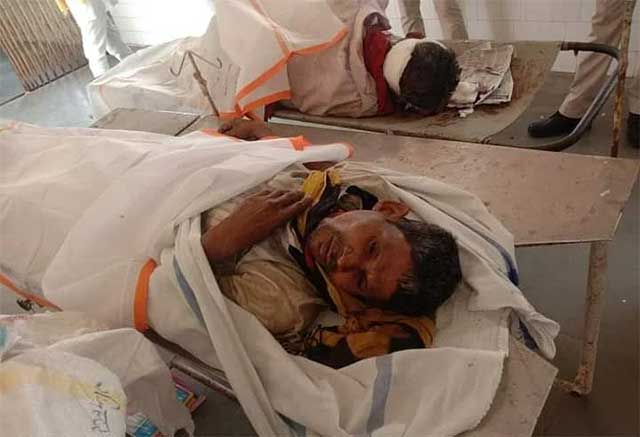 They started beating those who were allegedly involved in the act. Two people were killed and one person received serious injuries in the incident, which took place on Monday night. In protest, members of the tribal community blocked the road on National Highway 44, demanding justice.

Congress MLA from Kurai, Arjun Makodia, along with his supporters reached the spot and blocked the road, resulting in a massive traffic jam for several kilometres on both sides of the road.

The administration tried to pacify the agigating people, but they demanded compensation of Rs one crore for the victims' family and jobs for the next of kin of the deceased.

Meanwhile, the Congress has alleged that Bajrang Dal activists were involved in the lynching incident. Makodia said this is nothing but 'jungle raj'.

State Congress President Kamal Nath said, "Saddened to know about the brutal murder of two tribal youth in Kurai tribal block of Seoni district. Another tribal youth is seriously injured. It has come to our knowledge that Bajrang Dal activists were involved in the incident."

Kamal Nath also demanded a high-level inquiry into the incident and strict action against the culprits. He said all possible help should be given to the families of the victims and there should be proper arrangements for the treatment of the injured youth at government's expense.