Patna, May 3 (IANS): In a state where liquor is completely banned, a loco pilot stopped a passenger train for an hour at the Hasanpur railway station in Bihar's Samastipur district for the 'forbidden' drink.

The train, which normally has a two-minute halt in Hasanpur, on Monday evening remained stationed for an hour. It was only after the passengers protested that the railway officials came to know about the pilot's act. 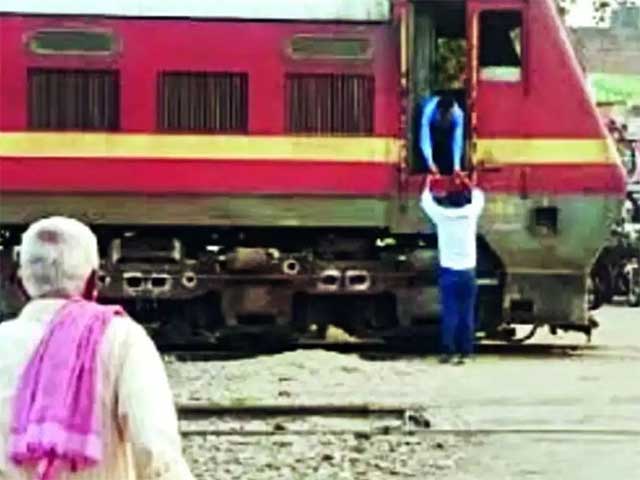 The passenger train number 05278 started its journey from Samastipur railway station on Monday at 4.05 p.m. and reached Hasanpur at 5.45 p.m. The last destination of the train is Saharsa where normally it reaches by 8.30 p.m.

"As the passengers were protesting at the railway station, we went to the driver's cabin. The co-pilot Karamveer Yadav alias Munna was missing from the engine room," said Manoj Kumar Chaudhary, station master of Hasanpur Railway Station.

"We received information that a person was creating ruckus in the Hasanpur market in a drunken state. When we reached there, we arrested him. He was identified as Karamveer Yadav, loco pilot of the train stationed at Hasanpur. We also recovered half a bottle of liquor from his possession. Accordingly, we have arrested him and informed senior officials about it," he said.

After Karamveer Yadav was found in a drunken state, a loco pilot V.C. Rajkumar, who was on leave but was travelling in the same train and going to Saharsa was given the charge. The train finally left Hasanpur railway station at 6.45 p.m.