Mumbai, May 3 (IANS): An irked All India Majlis-E-Ittehadul Muslimeen (AIMIM) on Tuesday said it has cut off relations with Maharashtra Navnirman Sena President Raj Thackeray after he rebuffed its offer to join the 'Iftar' on Sunday.

AIMIM MP from Aurangabad Syed Imtiaz Jaleel said that ahead of his rally in that city three days ago (May 1), he had extended a personal invite to Raj to partake in their 'Iftar' (breaking the Ramzan fast with evening prayers) that evening. 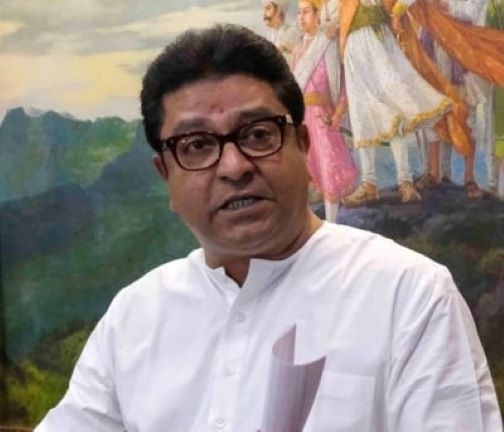 "However, he did not honour our invitations... Now, we wish him 'Eid Mubarak' from afar only... We shall not invite him to savour our delicious 'Sheer Korma' today," a dejected Jaleel told mediapersons after performing the Eid-ul-Fitr 'namaz' here this morning.

He said the 'Iftar' gesture to Raj was intended to foster and nurture communal harmony and harmony among the Hindu-Muslim brethren ahead of his public meeting that had created huge apprehensions among the minorities with his campaign to remove mosque loudspeakers by May 4 (today).

"Unfortunately, there was no response from him. If he had come a very positive message would have gone to the masses. I had insisted that he should join our 'Iftar' and all could have appreciated. Yet he remained aloof," said Jaleel.

The AIMIM MP made it clear that it was the good security arrangements by the Aurangabad Police which ensured the MNS rally went off peacefully without untoward incidents.

"We did our duty... We extended a hand of friendship to Raj Thackeray, but he doesn't deserve it, and he proved it in his speech also," the MP said with a smile.

He said now there's no question of any negotiations nor sup 'Sheer Korma' with him... and the AIMIM would greet him 'Eid Mubarak' from a distance and the party congratulated the Aurangabad Police for its excellent security arrangements that day.

It may be recalled that in his rally, Raj thundered 'Now or Never' and demanded that all loudspeakers must be yanked off mosques and after that even from other places of worship.

He had earlier issued a May 3 (today) deadline, but in view of Eid-ul-Fitr postponed it by a day till Wednesday (May 4), as the Maha Vikas Aghadi geared to face the possible ramifications of the MNS campaign.

On his part, Raj has been fervently claiming that the anti-loudspeakers matter is not a religious one directed at any particular community, but a social issue that has been hanging for long.

Calling upon the Aurangabad Police to take immediate measures and remove the loudspeakers from mosques, he warned that if this was not done, the MNS workers would blare out 'Hanuman Chalisa' at double volume and he would not be responsible for the consequences.

Interestingly, after Raj announced his anti-loudspeakers campaign, the AIMIM President Asaduddin Owaisi had clamped a gag order on his partymen from making any comments on the issue, last month.