New Delhi, May 3 (IANS): After Lok Sabha member Parvesh Sahib Singh, Delhi BJP president Adesh Gupta has also urged Chief Minister Arvind Kejriwal to remove the loudspeakers from religious and other places as per the guidelines of the Supreme Court.

Late Monday evening, Gupta wrote a letter to the chief minister in this regard.

Talking to the media on Tuesday, Gupta said, "People of Delhi are suffering due to noise pollution caused by loudspeakers. When on the order of the Supreme Court loudspeakers are removed in many states then why Delhi government is not doing anything on it. We demand from chief minister Kejriwal to remove loudspeakers." 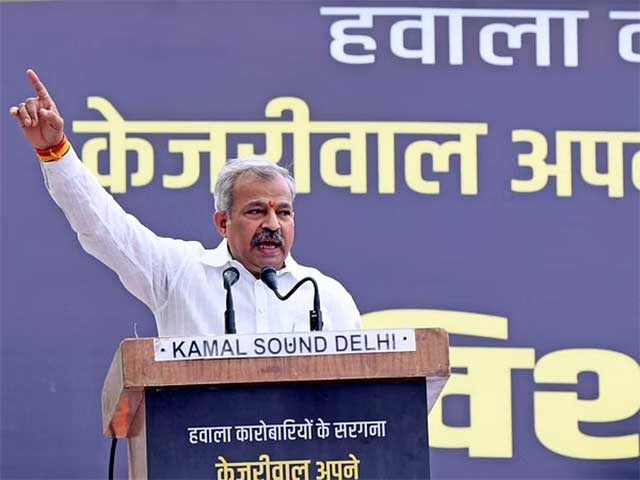 Sharing the letter written to Kejriwal on his Twitter, Gupta said, "Today wrote a letter to Chief Minister Arvind Kejriwal and urged the removal of loudspeakers from all religious and other places as per the order of the Supreme Court. Due to noise pollution, children, elderly people, patients, and people working in offices have to face difficulties every day."

"As per order of the Supreme Court the loudspeakers at all religious places should be either removed or the volume should be kept at permissible level so that the sound is heard within the premises and there is no disruption of peace especially for students, seriously ill patients and people in neighbourhood," Verma wrote.

He noted that the Uttar Pradesh government has properly followed the Supreme Court order and the same needs to be done by other states as well. "It is requested of you that necessary instruction is given to the officials concerned, on the line of Uttar Pradesh government, so that people can have a peaceful atmosphere," Verma wrote in the letter.