What does she fear: BJP attacks Mamata after permission denied for exhibition

New Delhi, May 2 (IANS): Claiming that the Kolkata Police have denied the BJP permission to hold an exhibition on the post-poll violence in West Bengal, the party leaders on Monday slammed Chief Minister Mamata Banerjee, saying what was the fear about.

The West Bengal BJP had sought permission for a photo exhibition to mark one year of post-poll violence unleashed against its workers after the declaration of state Assembly polls results on May 2, 2021. 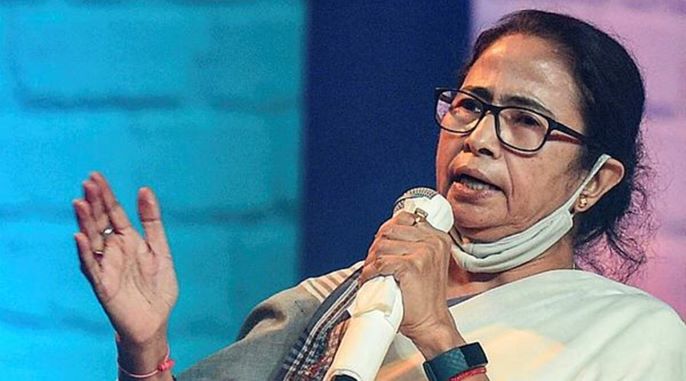 West Bengal BJP co-incharge Amit Malviya tweeted, "Kolkata police has denied BJP permission to hold an exhibition on the horrific post poll violence under Mamata Banerjee's watch. What does she fear? Is she scared of standing on a ground that is oozing blood or finds cries of hapless women being raped by TMC workers deafening," Malviya tweeted.

BJP national secretary Sunil Deodhar claimed that even after a year of voting, thousands of BJP workers are homeless in Bengal.

"Recently elections were held in 5 states, no post-poll violence happened in any of these states. But post-poll violence still continues in WB. Even after a year of voting, thousands of BJP workers are homeless in Bengal. Is this a representation of good governance," Deodhar said in a social media post.

In a series of tweet, Lok Sabha Member from Bishnupur and West Bengal BJP vice president Saumitra khan said, "West Bengal is the only state in India where in the name of political violence, Mamta Banerjee gave order to kill, rape, burn and force innocent people to leave house."

Khan further said that Mamta Banerjee and her party workers left no opportunity to root out democratic values and constitutional bases.

"Mamta Banerjee's Khela Hobe, our innocent Sanatani brothers and sisters and our BJP workers had to bear many injustices and troubles," Khan said.

Title: What does she fear: BJP attacks Mamata after permission denied for exhibition