Raj, 53, is expected to chart out his fresh political voyage through the Aurangabad rally and hopes to rattle the ruling Maha Vikas Aghadi (MVA) government, headed by his estranged cousin, Shiv Sena President and Chief Minister Uddhav Thackeray, along with Nationalist Congress Party-Congress. 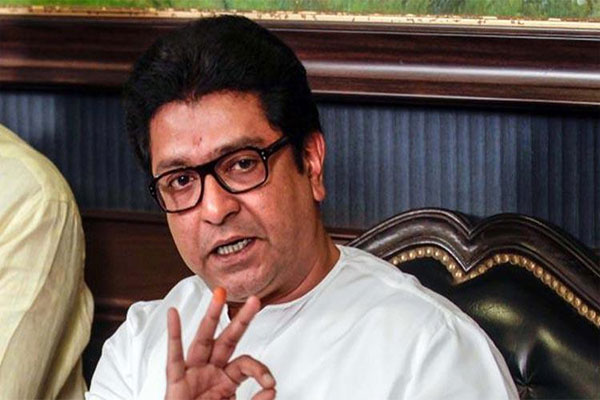 Shiv Sena Chief Spokesperson and MP Sanjay Raut reiterated the MVA stance that the Centre should formulate a national policy on loudspeakers and accused "some abhongas" (loudspeakers) of attempting to foment strife in the state".

Akin to his uncle, the late Shiv Sena founder, Balasaheb Thackeray, Raj started for Pune sporting a saffron shawl, and he occasionally adopts the patriarch's famed mannerisms and oratory styles that oft bring down the roof, but barely translate into votes at the hustings.

The rally timing is considered strategic, as a series of top civic bodies in Mumbai, Thane, Navi Mumbai, Pune, Pimpri-Chinchwad, Aurangabad, etc are slated to go to polls soon as a run-up to the Lok Sabha and Assembly elections in 2024, where the MNS hopes to make a killing.

Though cosy with the Opposition Bharatiya Janata Party (BJP), the MNS is still shy of openly proclaiming their apolitical dalliance', but nevertheless attempting to grab a piece of the Hindutva cake that is claimed by both the BJP and Shiv Sena.

After a night camp in Pune, Raj will get the blessings of a priest and then leave for Aurangabad on Saturday morning in a royal motorcade of over 400 vehicles, pay respects at the samadhi of Chhatrapati Sambhaji Maharaj and then reach Aurangabad, where he will spend the night before the Big Rally day.

Figuring on the world tourism map with several major historical monuments like the Ajanta-Ellora Caves, Aurangabad has a substantial Muslim population and is currently represented in Lok Sabha by All India Majlis-E-Ittehadul Muslimeen's Syed Imtiaz Jaleel.

With Ramzan at the fag-end and Raj spearheading his anti-loudspeakers campaign on mosques with a deadline to yank them off by May 3, the Maharashtra government has geared itself to ensure the MNS rally passes off without untoward incidents.

Raj has also plans to visit Ayodhya and pray at Lord Ram Temple there on June 5. On Thursday, he lavished praise on Uttar Pradesh Chief Minister Yogi Adityanath for dismantling around 11,000 loudspeakers from different places of worship there.

After the May 1 rally got conditional permission, 2,000 police personnel and other forces, CCTVs, dog squads, metal detectors, drone surveillance, etc. shall be on high alert at the sprawling S.M. Ground here.

In the past, the MVA leaders have openly sniggered at how the mercurial and maverick Raj got scared by "just one Enforcement Directorate notice" (August 2019), or the frequent changes in his stand that relegated the MNS to the state's political footpath for a large part of its 18-year existence.