Mumbai, Apr 21 (IANS): A Mumbai court on Wednesday extended, by 14 days, the judicial custody of advocate Gunratan Sadavarte, who was arrested for the April 8 attack at the home of Nationalist Congress Party chief Sharad Pawar.

Girgaum Court's Additional Chief Metropolitan Magistrate J.C. Yadav declined the prosecution plea to send him back to police custody for investigations into how he had allegedly splurged the monies collected from Maharashtra State Road Transport Corporation (MSRTC). 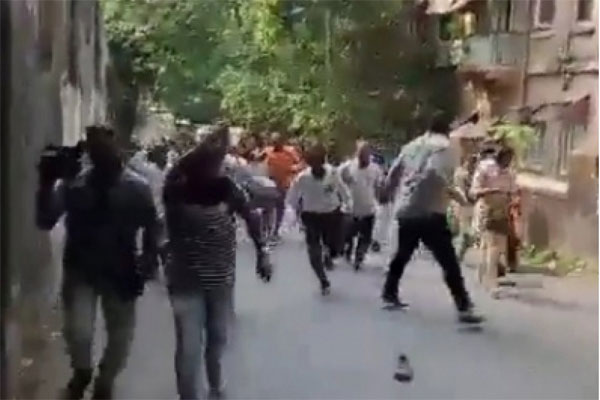 Simultaneously, Sadavarte's lawyers have moved the sessions court seeking bail for him and the application is expected to be heard on Thursday.

On Tuesday, Special Public Prosecutor Pradip Gharat had made revelations before the court on the manner in which Sadavarte collected money from many of the 95,000 MSRTC employees whose case he had claimed to fight free of cost.

Gharat said that Sadavarte had collected over Rs two crore and then blown it off by purchasing two properties in Mumbai and an expensive luxury car costing Rs 23 lakh.

Besides, the police have recovered a currency note counting machine, a green register detailing the modus operandi of the fund collection from 250 bus depots, and sought Sadavarte's police custody for further investigations into these new developments.

Following the extension of judicial remand, a Kolhapur police team was granted permission to arrest and take him to face certain complaints there, even as over a dozen other complaints are pending against him with police stations in different districts of Maharashtra.

Continuing the probe, the Mumbai Police have arrested more 118 persons, a majority of them MSRTC employees, for the violence outside Pawar's home in Silver Oak bungalow.

In a relief to the Maha Vikas Aghadi government, Transport Minister Anil Parab on Wednesday said that nearly 90 percent of the employees - who were on strike since October 28 - have returned to duties till now, in compliance with the Bombay High Court orders.

"We are confident that the remaining employees shall also return before the court deadline of April 22. We shall not take any punitive action against the striking employees. I urge all to dedicate themselves to recover the huge losses suffered by MSRTC in the past nearly five months," Parab appealed.

The Minister also slammed Sadavarte, saying the lawyer completely "misled" the MSRTC employees on the issue of the transport undertaking's merger with the state government which was not possible.