Protests erupt in US after police officer kills black man

New York, Apr 16 (IANS): The killing of a black man by a white police officer sparked a series of protests during the past three days in Michigan's Grand Rapids.

The protests first erupted on Wednesday after the Grand Rapids Police Department released several videos of an officer's encounter with Patrick Lyoya earlier this month, including two that show the fatal shot during a struggle after a traffic stop, Xinhua news agency reported citing the local media. 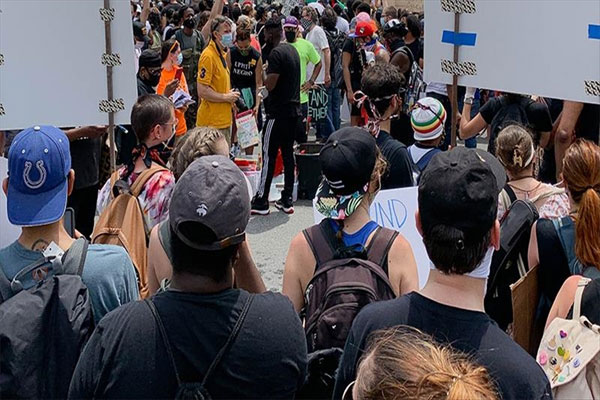 Lyoya, 26, a refugee from Congo, was killed in the garden of a house in Grand Rapids after a brief chase followed by a struggle with the officer, who has not been named.

On Wednesday night, after videos of the incident were released, barriers went up at the Grand Rapids police station as hundreds marched downtown, chanting and demanding the department release the name of the officer who shot Lyoya, local TV channel WZZM reported.

There have been multiple protests and rallies on behalf of Lyoya. On Tuesday evening, dozens of people called for justice as they rallied outside a City Commission meeting. Community members in Grand Rapids gathered downtown at Rosa Parks Circle on Friday. The group marched downtown to the Grand Rapids Police Department headquarters to make their voices heard.

The deaths of George Floyd and other black men at the hands of police have led to protests across America in recent years. There have been 255 police shootings across the US this year, according to The Washington Post.